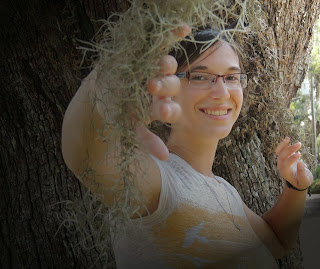 I had such an outpouring of support for my 30 Days of Writers series that even I’m getting to meet new writers! With that being said, I introduce our next writer… Melissa Billings!

Melissa Billings
1. Please tell us a little bit about you as a person.
Let’s see, where to start… My name is Melissa, I am eighteen years old, but not attending college this year. I am working on saving up more money so that I can return to my home state of North Carolina and attend Western Carolina University so that I can get a degree for music. My dream career is to write music scores for movies. I have a psychotic little dog (ignore the fact he’s 65 lbs) who is a German Shepherd/Border Collie/Husky mix named Nikolai. The end result is he has endless amounts of energy (which is okay), so he demands attention while I’m writing (which is not okay). I have two older sisters, one of which is also involved in NaNoWriMo and we also happened to share the same birthday, much to her dismay, even though we are five years apart. I have recently relocated from a small down west of Charlotte, NC down to a place that is just as small, yet more well known, Moncks Corner, SC. I have a boyfriend back up in Charlotte, and we have been together for over two and a half years. A few hobbies I have is photography, reading, writing, watching/reading anime/manga, and fourwheeling when I can.
2. Tell us about you as a writer.
My mom has discovered some ancient, one story pages I wrote around the age of four. So I guess you could say I start writing as soon as I could write. However, I began writing more seriously when I was around eleven. My older sister wrote on Fanfiction.net, and I thought I’d like to give it a try, so I did. Since then, I think I’ve literally created fangirls/boys. Sadly, I am not published (yet). I have been working on a story that I actually created in 5th grade. While, of course, the writing itself was horrible, I still love the idea of this fantasy world I created and am hoping to make it into a book one day.
3. What types of writing have you written? Which is your favorite to write and why?
I normally write fantasy and realistic fiction. For NaNoWriMo this year, I am attempting at a political/mystery thriller that my boyfriend actually helped me planned out. However, I think I will always love writing fantasy the most because it’s just the greatest escape from the real world. I mean, who wouldn’t want to live in a world with elves and dragons? Especially dragons!
4. What are the three things you need at your side as you write? Why?
A Dr. Pepper, because it is my favorite drink and if I sit still while drinking it, I absorb the caffeine to write faster. My notepad with my planning, because when I write, I tend to get a random (usually evil) idea to use later in the story and I don’t want to lose it! Lastly, my Xbox, because when I need a break from writing, playing Borderlands seems to revive the creativity…for reasons unknown.
5. If you were to give other writers one piece of advice, what would it be?
Aside from the usual “never give up” cliche, always think of your audience. Even if you are struggling to get published and those evil companies turn you down, just keep in mind that one day, there’s going to be at least one person that reads it and thinks it was the most genius piece ever put on paper. Aside from family, that is. Of course your family has to love it! I know that that’s one thing that has always kept me going, because when I tell people my ideas, they get excited and tell me they can’t wait to read it. Knowing your writing makes people happy is one of the best feelings in the world.
6. Where can we find out more about you?
I am on Facebook (Melissa Billings), but if you send me friend requests, tell me who you are/how you find me, because I tend to ignore people I don’t know! I also respond well on my Fanfiction account, where I am known as SylphWindDancer. Lastly, I swing into my Gaiaonline account every once in a while, where I am Lady_Safiya. So many usernames, so little time!
﻿