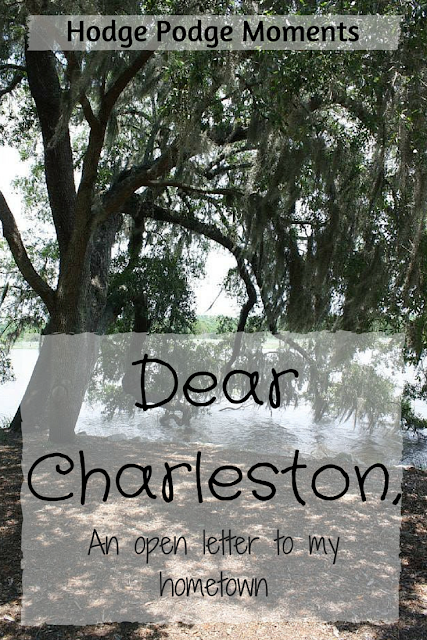 I don’t normally talk about current events on the blog. In fact, I don’t know that I’ve ever talked about current events on the blog. The latest current event affects me on a personal level though. It’s been about a week since the news of the Charleston Shooting broke and I read about it on Facebook. I’m not going to go into details of the event because you’ve probably already seen or read multiple stories. I’ve been following the story and felt it was time to comment on it in some capacity since I’m a Charleston native and I’ve learned a lot in the past ten months since I moved away.

Dear Charleston,
It’s been ten months since I moved to California and I have to say my outlook on you has changed a lot. Several things have led to this, but the most recent news tragedy of the shooting of nine individuals within a church has changed my outlook the most. I have to say that this is a prime case of not knowing what you had until you’ve lost it.
When I lived with you, I valued your beauty and your history. I valued the variety of activities and the close proximity to the beach. I don’t believe I gave the people of the city enough credit – not because I didn’t value them but because I didn’t see the true value of them. I didn’t realize how different the people in Charleston were until I moved away.
It’s been the little things in addition to the big things that have changed my opinion of you. I never realized a smile wasn’t a common friendly greeting until I got a quizzical expression from someone here. I never realized that having a friendly conversation with someone near you wasn’t normal until I watched people ignore my husband as he tried to start conversations about common things. I never truly understood the term “southern hospitality” until I moved out west. California may have many cool things, but it doesn’t have your southern charm.
Those are the little things that I had already noticed, but it’s the big things that have really affected me in the past month or two. It started with the story of Caitlyn, a dog who was found with her muzzle taped shut. The pictures of her made me want to cry in the beginning because I couldn’t understand how someone could be so cruel to an animal. Then, I watched what the community did for Caitlyn and I couldn’t help but smile every time I read an update. The updates from the animal shelter (where I used to volunteer and have adopted dogs through) made me happy. Charleston took a negative and turned it into a positive. I can’t believe the funds and awareness that has come from Caitlyn’s story.
If Caitlyn’s story made me happy, then the way Charleston is handling the shooting is making me even happier. I’m saddened by the tragedy and my heart goes out to all that lost a loved one – whether friends or family. However, I’m glad to see that in the wake of a tragedy, Charlestonians are choosing to support and love one another rather than turn on one another. It takes a special group of people to find their fuel in love rather than hate.
I watch and read about the tragedy and the events following it and I’m impressed with everything. I can’t even tell you which story is the most impressive to me. There’s the unity chain that was formed across the Arthur Ravenel bridge. This bridge is at least two miles long and the diverse chain of people stretched from one side to the other. The images showcasing this love and peace brought tears to my eyes. Then there was the massive heart formed by more than 100 people in Marion Square. The third major story that impressed me about you was the story about protestors coming in from other cities and people offering up love and forgiveness instead of falling into step with the protestors.
Charleston, I wanted you to know how much I love and admire you. My time away has made me realize that you are a very special place and I’m proud to call you home. I can’t guarantee that I’ll be back to live (the military is so unpredictable), but I’ll definitely be back to visit a lot in the future. You hold a special place in my heart and it simply grows bigger as I see you show the world how powerful love can be.
Continue to be you, continue to be strong, and I’ll see you again when I next come to visit. I love you greatly and you’re constantly in my thoughts, especially lately. After all, I’ll always be a Charleston girl at heart. 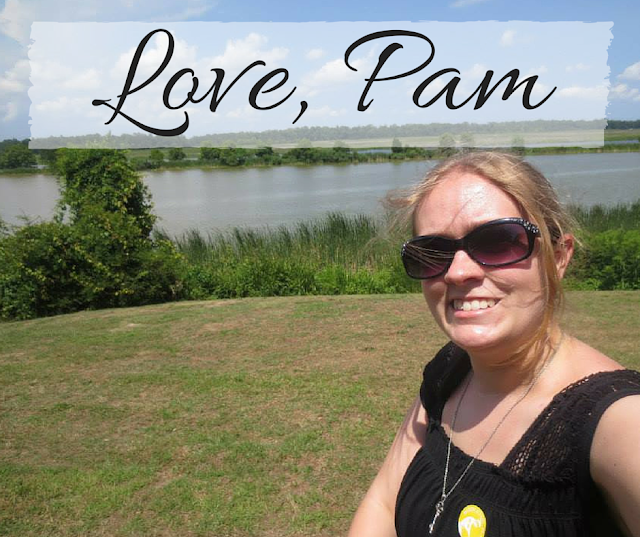