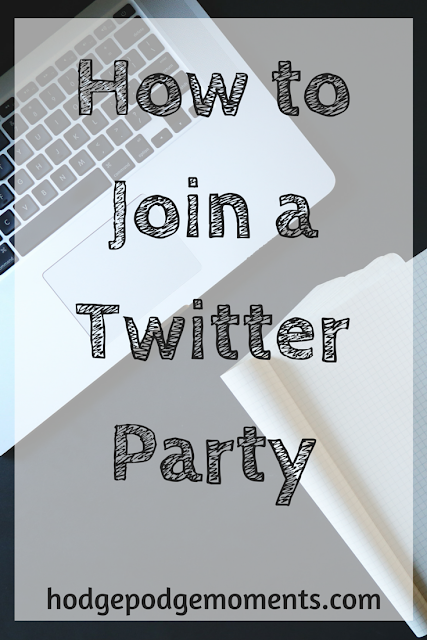 In my seven years of teaching, I have developed a simple rule for myself to follow. If two or more students ask the same question, then I share the answer with the class. I’ve applied this rule to today’s post. With the next #bloggerPJparty coming up on Sunday, I’ve been asked by two or more people how to join a twitter party. I figured it was time to share the answer with everyone. (Of course, imagine my surprise when I went to get screenshots and things had changed a little! Don’t worry though, this post has screenshots taken today.)

First, open twitter and log in. I know this seems like an obvious step, but I want to make sure everyone is on the same page. Remember, this guide is for joining a chat on a compu

ter (the easiest way, in my opinion). If you’re following along on another device, everything is going to look much different!

Find the search feature. I’ve used a brightly colored arrow to point it out in the screenshot below. Click in this box with your mouse because we’re about to harness it’s searching powers! 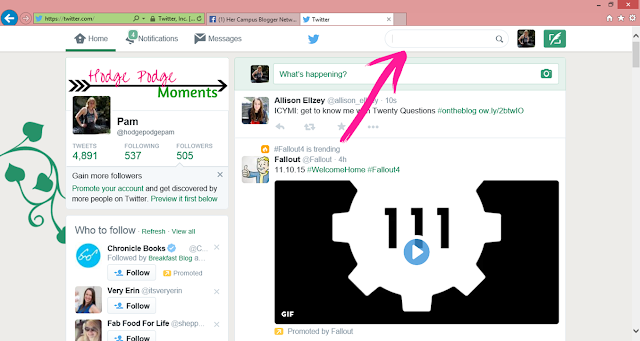 Type in the hashtag of the party you’re following. In this case, I used #bloggerPJparty as an example (circled in green). There are plenty of parties out there to explore. When you hear about a twitter party, make sure you make note of the hashtag that is being used – it’s a powerful weapon when you’re joining the party! 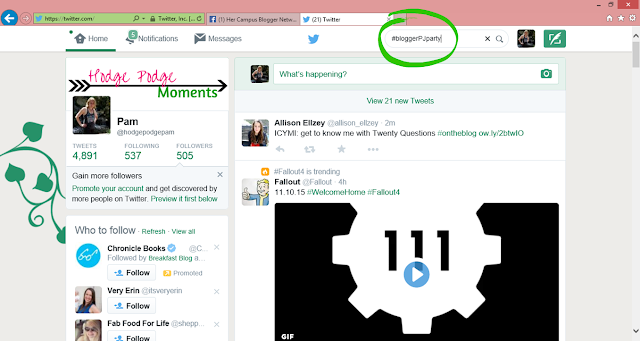 It should bring up a screen that looks similar to the screenshot below. This is where it’s important to know how to use the tabs at the top. They are going to help you follow along with the party easier. When you first come to the page, it’s on the “Top” tab. This is showing the top posts with that hashtag. It is not always showing the most CURRENT posts with that hashtag. If you’re in the midst of a party, you’re going to want to know the most current conversation! The next screenshot will show you how to find the most current chatter… 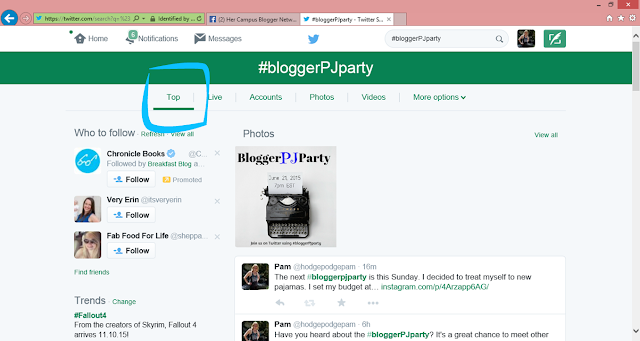 You want to click on the tab that says “Live.” This will show you the most current tweet at the top of the page. (You may  have to get rid of adds by clicking “dismiss”. I know I had to.)﻿
﻿ 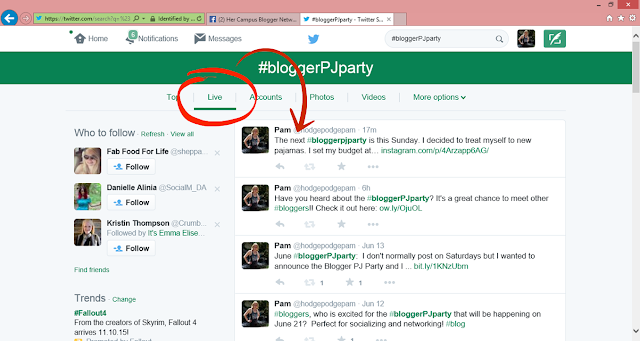 You’ve found the party! Congrats! Now, how do you join in the party? That’s simple. The first way would be to simply tweet like you normally would with the given hashtag. The second way would be to find a tweet in the conversation that you want to respond to. Click the reply arrow and type your reply. Don’t forget to use the hashtag so that your tweet is included in the party log!
(I know the hashtag switched. The next two screenshots are from a party that was happening as I was taking screenshots. It’s another party I enjoy called #fireworkpeople. It’s hosted every Tuesday night at 9pm EST if you want to check it out sometime. I needed in progress pictures, so it was a lucky thing that I was writing this during another party!) 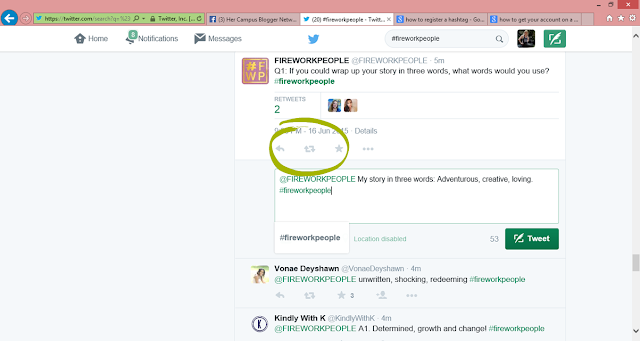 From time to time, you may need to refresh the page to see the most recent tweets (especially if you get distracted or walk away from the computer). Twitter has made it easy and will show you how many new tweets have appeared since you last loaded the page. All you have to do is click on their reminder to see the latest post! 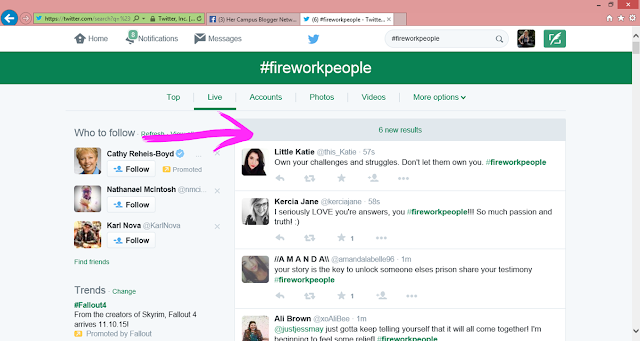 ﻿
There you go! I’ve given you the basic steps for joining a twitter party! The most important thing to remember is to always, always, always use the hashtag of the party you’re following. This helps you network and interact better. I also recommend finding out which account is hosting so that you can check there for starter topics.
Think you’re ready to try out the things you’ve learned? Join us on Sunday, June 21st at 7pm EST for the next #bloggerPJparty and put your newfound skills to use! 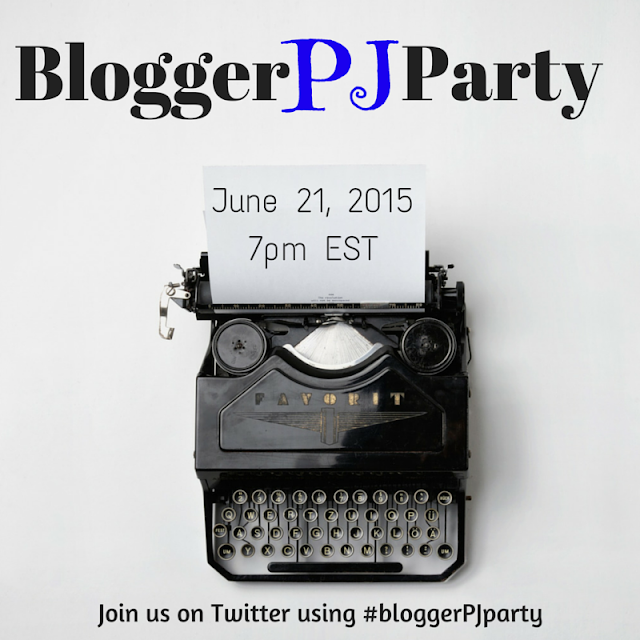