Would You Rather? Book Edition 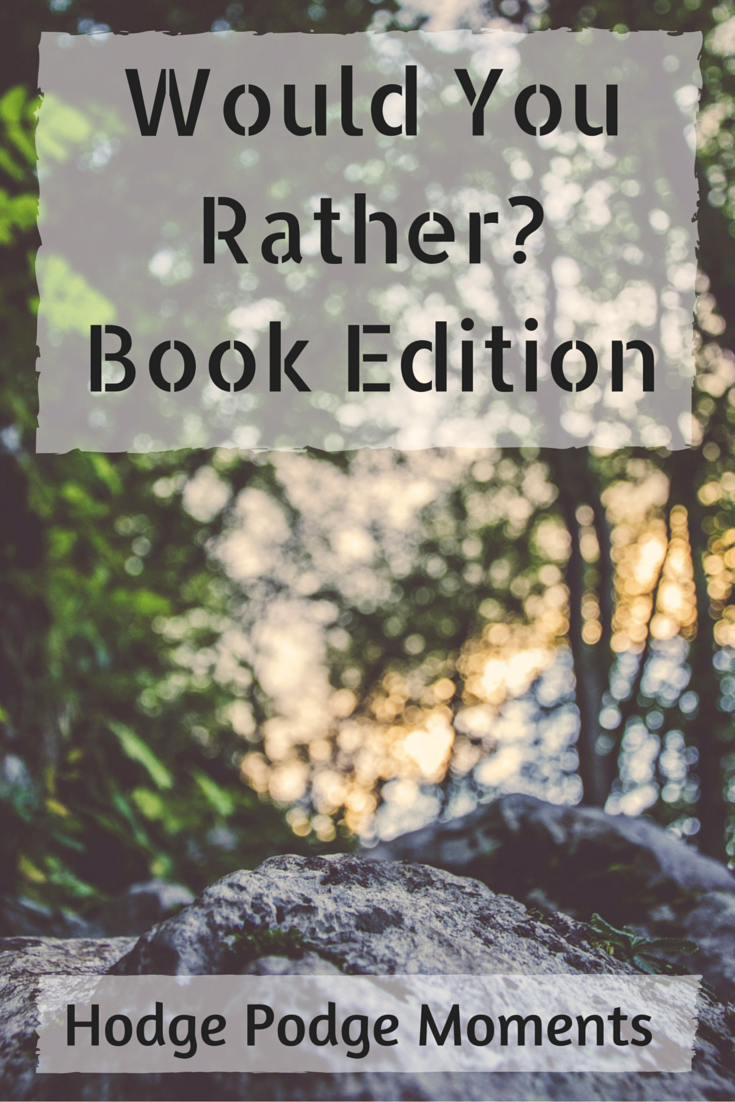 This week for the Blogger Book Drive, we’re bringing you a fun “Would you rather?” that was inspired by the pages of our favorite books. Feel free to use these as conversation starters or to create your own blog post to link up at the end! We would love to see your answers to our questions. 🙂  You could even poke your favorite friend or significant other and ask them to answer the question. That’s what I did! You can see my husband’s answers right here. (I highly recommend checking them out. He put the answer to #2 perfectly!)

Would you rather be stranded on an island or lost in outer space?
I would much rather be stranded on an island – water, sun, sand – yes, please! I don’t think I could handle the floating aspect of outer space or the feeling of being lost. At least if I’m stranded on an island, I’m a little less lost as to what planet I’m on. 🙂
Would you rather fall in love or go on an adventure?
I would rather go on an adventure. Don’t get me wrong – falling in love is amazing and lasts a lifetime, but an adventure makes a much better story.
Would you rather read a comic book or a magazine?
I would much rather read a magazine. Comic books have never really been my thing. The only reason I’ve seen half of the comic book movies out there is because of my husband and other friends. I’m a magazine girl all the way!

Would you rather read inside or outside?
It really depends on my mood whether I’d be inside or outside. My favorite time to read is when it’s thundering and lightening…so in that case, I’ll have to go with inside. There’s something so cozy about curling up in the corner of the couch while it storms outside.

Would you rather have a book suggested to you or judge a book by its cover (front and back)?
I love book suggestions but I love finding gems on my own even more. Some of my favorite reads have been picked by staring at the covers of books and reading the excerpts to determine if I should give it a try. So, I’m going to have to go with judging a book by the cover.

Would you rather read a novel or a short story?
I prefer novels. There’s something special about devoting a lot of time to characters and getting to know them. I always feel like I’m smashing back into reality when I finish a good book. I have never felt that way with a short story. (Though, in all practicality, if I’m short on time, the short story will do.)

Tweet: Would you rather be a princess or a hero? Check answers from @hodgepodgepam and support the #bloggerbookdrive here: http://bit.ly/1hsb59R 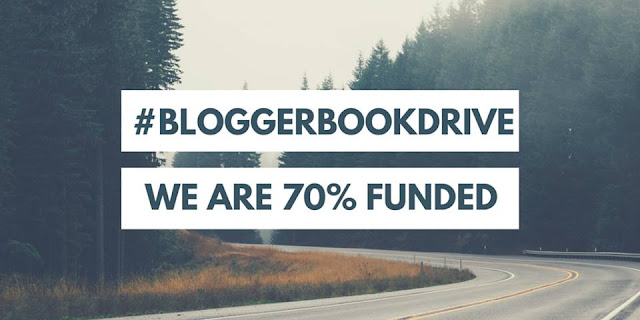 Don’t forget to donate to help the kids and link up with us below!