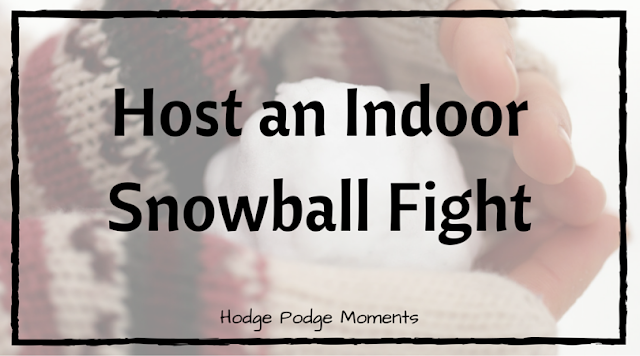 It’s snowball fight day for Holiday Moments! If you’re like me, you live in a sunny place where snow never falls. That makes having a snowball fight a little difficult, but I’ve come up with a few simple solutions for you!

First, you need to set the scene. White sheets or blankets can help with this. If you have them, spread them around to make the ground look like snow. (If you don’t have any white sheets, then this is where the power of imagination comes in!) I also suggest choosing a room with minimum breakables. You don’t want anything getting hurt during all of the fun.
Second, decide on what you’re going to use for snowballs. You can use crumpled up paper or tissue paper – simply turn it into a ball. You could also use balled up (clean) socks or stuffing from an old pillow. The last option is to make your own from yarn. The tutorial for these can be found in today’s newsletter. If you haven’t subscribed, there’s still time! I link back to all the newsletters in each new one! (Pardon the blue yarn – I discovered at the last minute that we’re all out of white. Then again, colorful snowballs could be fun!) 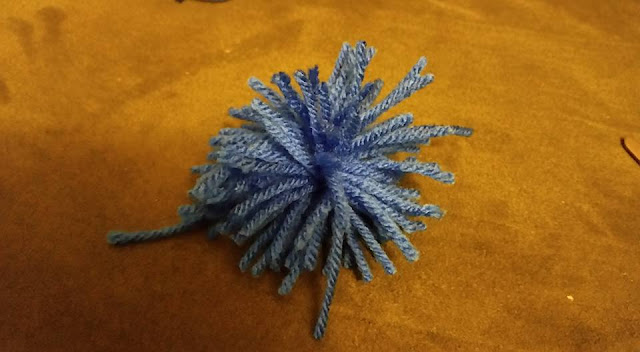 These yarn snowballs are nice because you can throw them at virtually anything and they won’t hurt. (I was tossing one at my computer screen earlier to prove the point.) They also can be used after your snowball fight as a stress reliever – ever want to throw things but don’t want the end outcome of breaking things? Yarn balls to the rescue!
After you’ve set the scene and picked out your snowballs, it’s time to invite your friends and go to town. I highly recommend setting ground rules before you begin since you’re playing indoors. Alternately, you could take the fun outside to prevent things from getting broke.
Have you ever had a snowball fight before? Did you win? 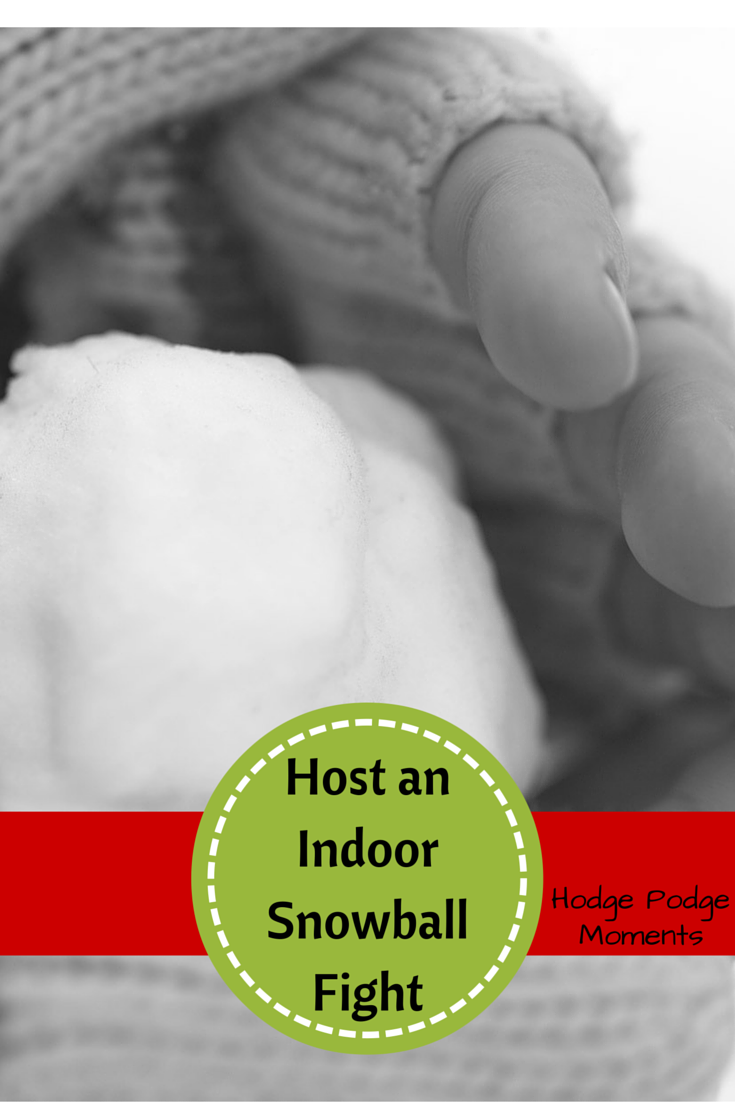