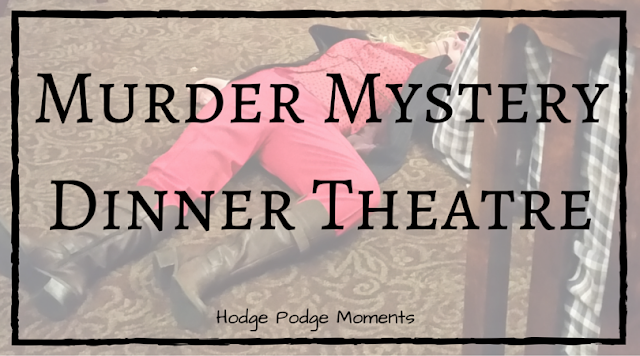 Raise your hand if you love the board game Clue. It was one of my favorite games as a child and I was pretty good at putting all of the clues together to solve the murder. You can imagine my excitement when I first learned that there is a dinner theatre company nearby that puts on murder mystery productions! I was so excited and ready to make it a date night with the husband until I discovered that he would be away on another deployment (story of my life). What’s a girl to do? Enlist a friend to go with her of course! And I’m glad I did – it made for the perfect girl’s night out!

Disclosure: I received two tickets to The Murder Mystery Co. show in exchange for this review. All opinions and pictures are my own!

We started the evening by getting dressed. The Murder Mystery Company puts on several different mystery productions, each with it’s own unique theme and storyline. The one that we signed up for was called Totally 80’s, Totally Murder. They encourage the guests to dress up for the event to make it more fun. My friend and I love dressing up so we jumped on the opportunity and you may have even seen me asking for input on my Instagram. We went all out with leggings, high ponytails, and flashy make-up. 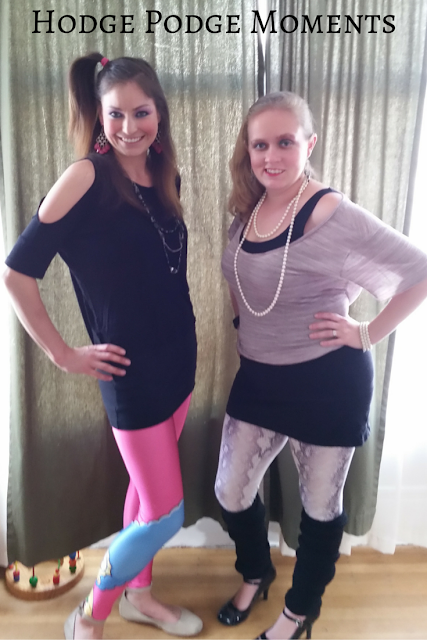 Then, we headed to The Old Spaghetti Factory in Redwood City, where the event was being held. I have to say that I was impressed by the set up and organization of the production. The crew members were dressed and already in character when we arrived. The setting for the mystery was an 80’s concert – a Poison concert to be exact. (Several celebrities from the 80’s made an “appearance” at the event.) 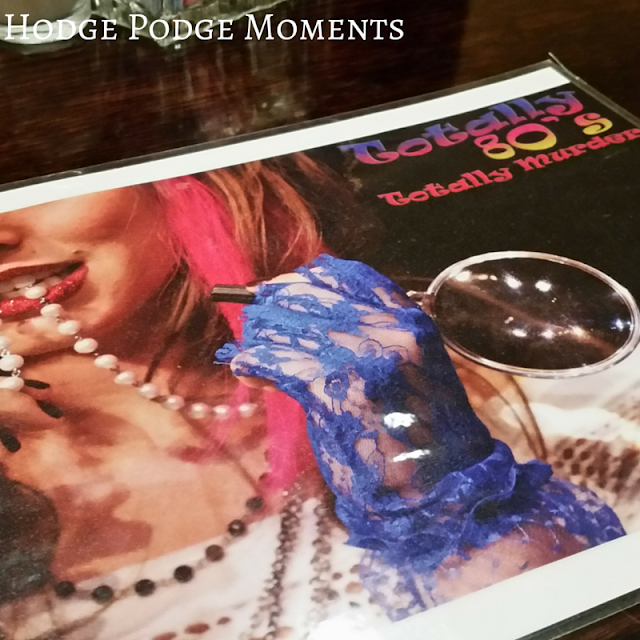 The table was all set up to prepare you for the night. There was bribe money complete with question prompts, a guide on how to speak like an 80’s rock star, and directions about what to expect during the night. The crew was busy checking people in, escorting them to their seats, and taking photos of the guests. We were seated at the VIP table and I have to admit, we felt like VIPs most of the night! 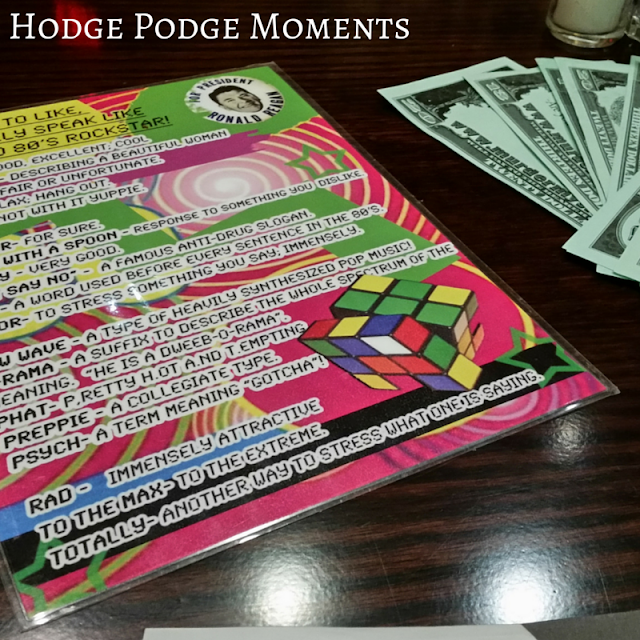 I was expecting a show filled with actors doing their parts and us trying to solve the mystery from our seats. I was very wrong. The show as super interactive with some of the attendees playing suspects in the production. My friend was chosen to be one of the suspects. As a table, we were to help her solve the mystery by mingling and asking questions of other suspects. I wasn’t expecting audience participation but it certainly made the show more interesting! 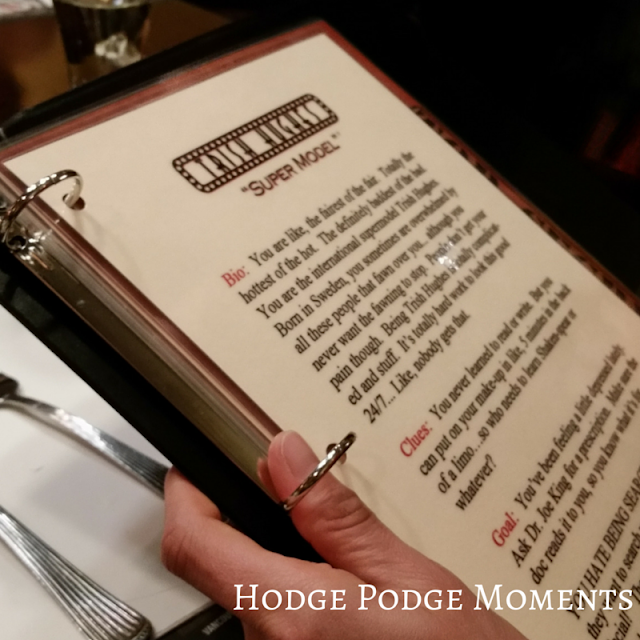 The crew started by giving us a few directions and then setting the stage for the murder. There was a lot of fun jokes and references that made the night quite enjoyable. We quickly realized that we had to pay close attention from the beginning – clues were being tossed around everywhere! You never knew when a small phrase was going to be your next clue. Notes were a big part of the night since there was so much to keep track of! 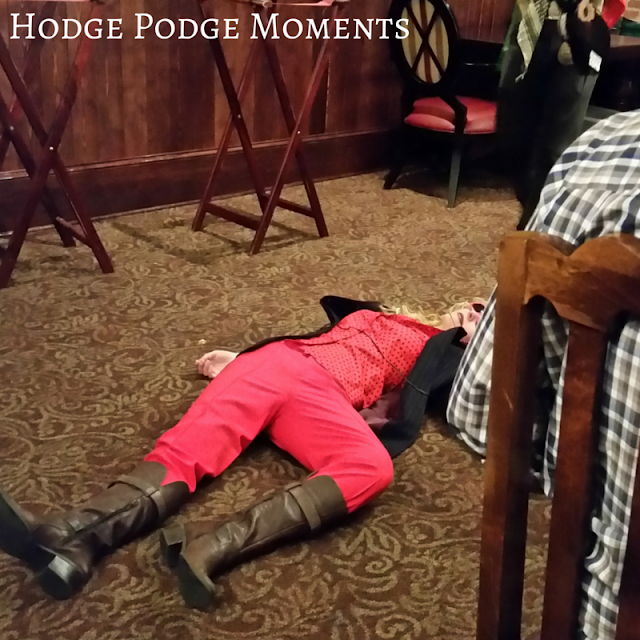 After setting the stage, the suspects were called up to the front of the room to introduce themselves (they were given a description in a binder provided at the beginning of the show). This was another opportunity to get clues. It was also our opportunity to start a lengthy note sheet of suspects and how they were all interconnected. I still love how much audience participation was involved in this production!

After introducing the suspects, we set out to solve the crime. There was a lot of mingling, note taking, bribing, and even a few educated guesses along the way. The crew would stop and do mini performances between our “investigation times” which helped give us more clues as well. 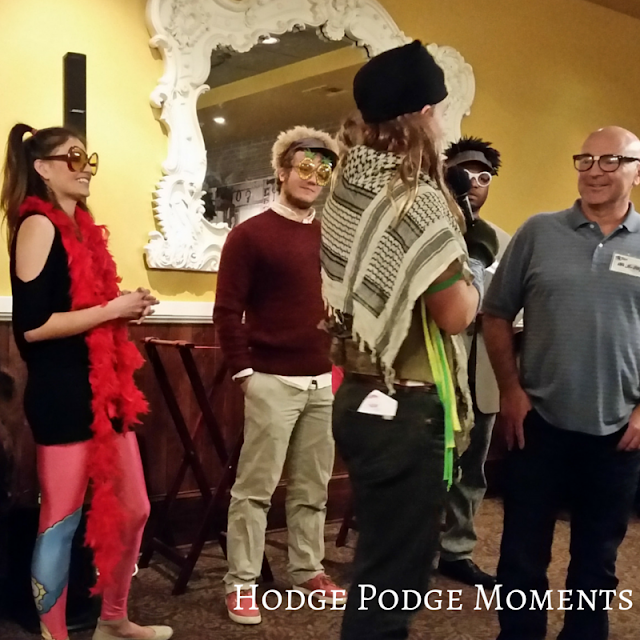 As if the entertainment wasn’t enough, we were also treated to a three course meal at The Old Spaghetti Factory, which is one of my favorite restaurants! The wait staff was very attentive and served the meals at exactly the right times to allow for proper interaction with the show. I loved that the meal is included with the price of the ticket for the event. (Drinks and gratuity were extra.) 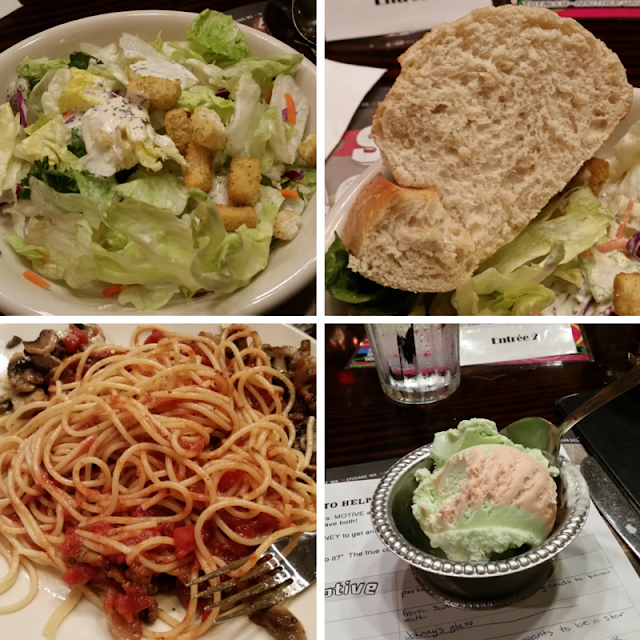 All in all, we had a great time. At the end of the night, we had to solve the murder mystery with our table and agree on an answer. Our table was wrong, however, my first choice answer was right. We just agreed as a table to go in a different direction. It wasn’t about being right or wrong though at the end of the night – it was about enjoying the evening and creating memories.

I highly recommend checking out The Murder Mystery Company. In fact, I enjoyed the night so much that I can’t wait to take the husband back for that date night I was hoping for. I really think he’d enjoy the evening as well!

Head on over to their website and find a location near you! They have shows all over the country and I’ll say – it was worth the hour drive we took to Redwood City to enjoy the show!

Do you think you’d enjoy murder mystery dinner theatre? I’d love to hear your thoughts in the comments! 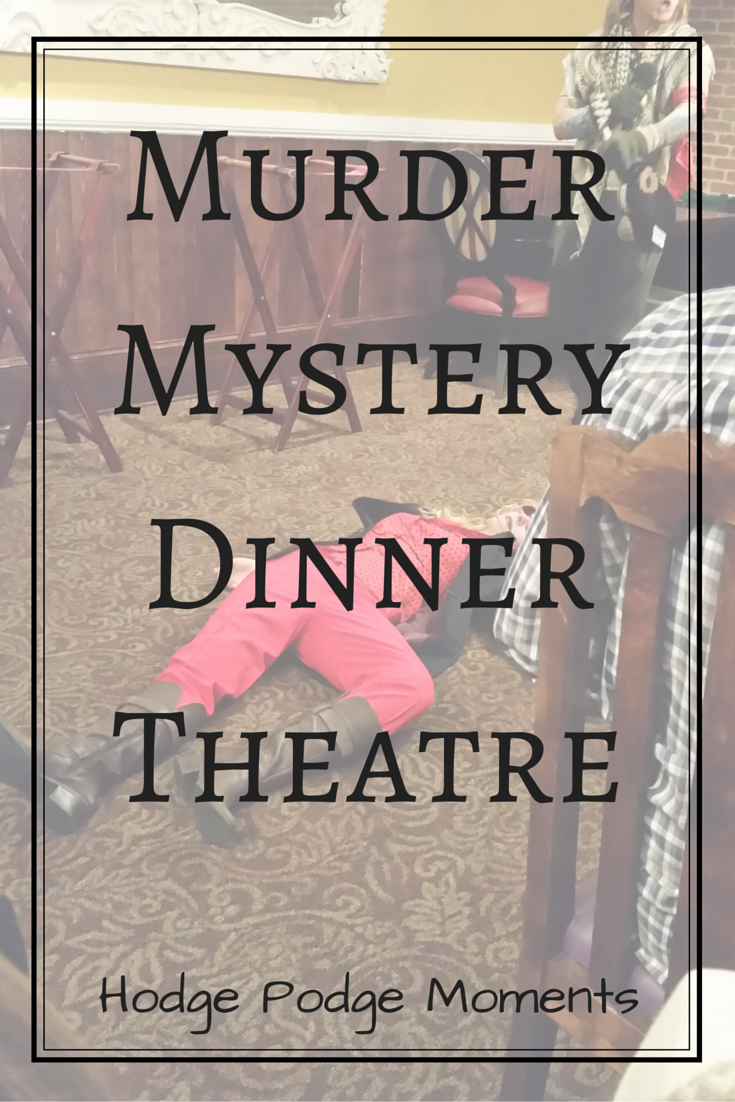