Simple Phrases that can Make a Difference 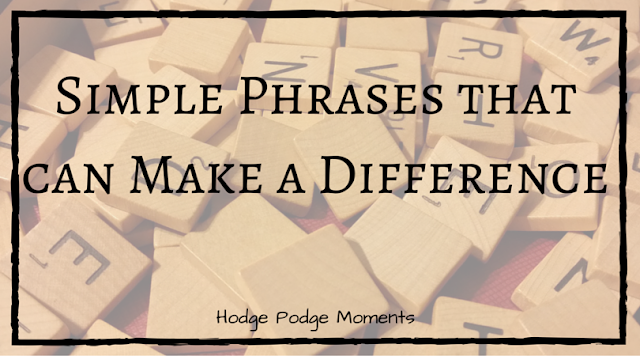 I believe that words can change the world. I don’t mean in a tiny way either. I believe they have the power to change the world in major ways. It’s all a matter of harnessing their power for good instead of bad.  I thought I’d take a moment today to share some small, simple phrases that can make a big difference in someone’s life.

When I moved to California, I was surprised by the number of phrases that weren’t common place in everyday exchanges. Having grown up in the South, I had gotten used to certain kind phrases being common place. In fact, they were so common that I didn’t realize just how special they were until I moved. I thought I’d take the time to share these phrases today so that more people can incorporate them into their daily conversations.

“Thank you.”
It’s hard to believe that one or two words can make a difference but stop and think about it. Have you ever done something for someone else and was frustrated while you were doing it? Did you get even more frustrated when they didn’t even thank you? Imagine how you would have felt if they had simply shown appreciation by saying “thank you.” I bet some of your frustration would have subsided.  Think of that the next time you have the opportunity to show appreciation.

“Please.”
This is one of those fundamental manners that we’re taught as a kid. For some of us, it was even drilled into our heads and over and over again until it became second nature. Then, somewhere along the way, we forgot how to use this phrase. It’s one word that can be added to the end of a phrase like “Can I have a glass of water?” without much effort. This is a great one to use when asking someone to do you a favor. It helps deter some of the frustration ahead of time.

“Have a good day/night.”
I try to say this phrase whenever I’m parting from a casual acquaintance or stranger that has helped me. It’s a nice way of sending positivity to another individual without getting too personal. For example, I recently said it to all of the flight attendants who were wishing us well as we got off the plane. They were a part of my flying experience and I felt like positive vibes were warranted.

“I like your ______.”
It doesn’t really matter what you’re commenting on – people love being complimented. I’m not talking about fake compliments though – don’t say you like something if you don’t. I’m talking about the genuine ones that make people beam because you noticed something they like. I challenge you to find something to compliment the next time you’re around a friend or family member. Then, watch the expression on their face. Hint: It’s probably going to be a smile.

“How are you?”
This one has many variations including “How was your day?” and “How was (event)?” People love it when you show interest in their lives. It signals that you care and want to know them better. Remember when I mentioned being genuine? That applies to this phrase as well. Don’t ask someone how they’re doing and then stop listening. Instead, ask about their day and continue to listen to the response. You might be surprised at what you learn.

What are some of your favorite phrases that show kindness and positivity? I’d love to hear about them in the comments! 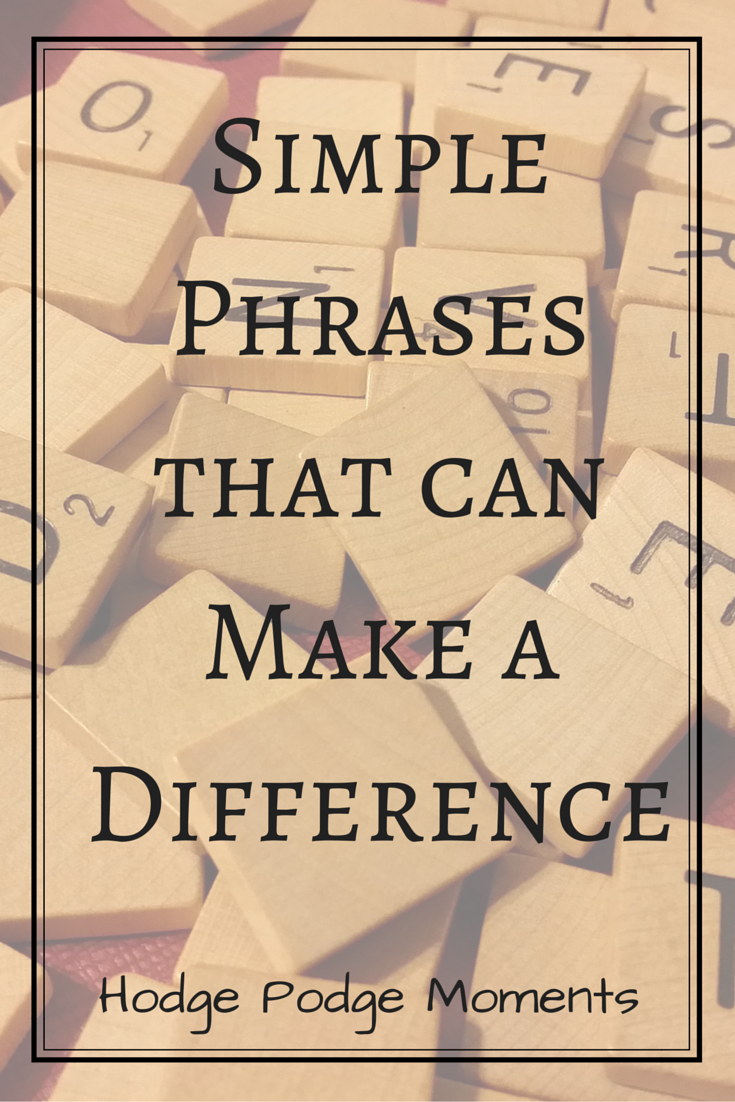