What I Learned After Giving Birth 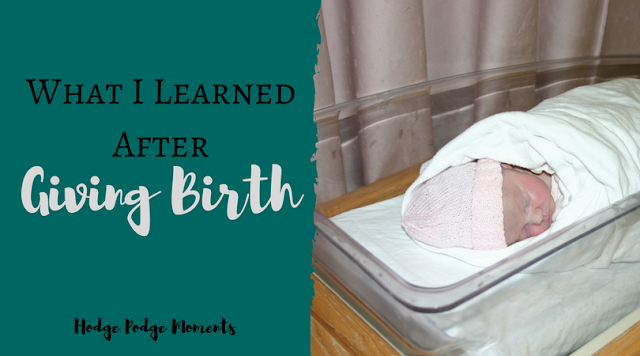 When I first started writing my birth story, I quickly realized that it was going to take multiple posts to share the full story. What I didn’t realize was how long it would be between those posts. I believe in full honesty, which is why I’m going to say that sharing my story is taking longer than expected because the experience came with a rollercoaster of emotions that I’m still figuring out.

I learned many things during my hospital stay. Some of them were personal and others were more general. I’m going to do my best to share some of these lessons below.

The epidural didn’t work.
As I was texting with others and talking with my mom, I learned that my epidural didn’t work quite right. I felt numbness in one leg and it didn’t last for long. Overall, I was able to feel everything which was quite a shock after the stories I’d heard from friends and family about epidurals.

My husband loves me.
After I had given birth, the doctor had to stitch me back up because I tore quite extensively. During this time, Baby Fox was being cleaned by a nurse on my left. The nurse invited my husband to come watch what she was doing and he indicated that he was just fine where he was – he could watch mom and baby from where he stood.

I lost a lot of blood.
There are a lot of things you don’t realize as you’re laying in a hospital bed recovering from birth with a tiny baby in your arms. One of these was the effect labor had on my body. It wasn’t until they got me up to take a shower and I became super light headed that I realized just how much my body had gone through.

Newborns sleep a lot.
The first night in the hospital, I was amazed because Baby Fox slept for four or five hours straight. I just kept staring at him waiting for him to wake up. I should have been sleeping and preparing for months of poor sleep ahead.

You don’t need much in your hospital bag.
I packed light – really light compared to some – and I still had too much stuff. I plan to do a post in the future about what items I feel are necessary.

There are many more lessons that I learned during my experience, but for now, I’m going to keep it nice and short. I may come back and add in a few more things in the future as I think of them. Just know that the biggest lesson of all is that a mother’s love and what she’s willing to go through is so much stronger than I ever realized! 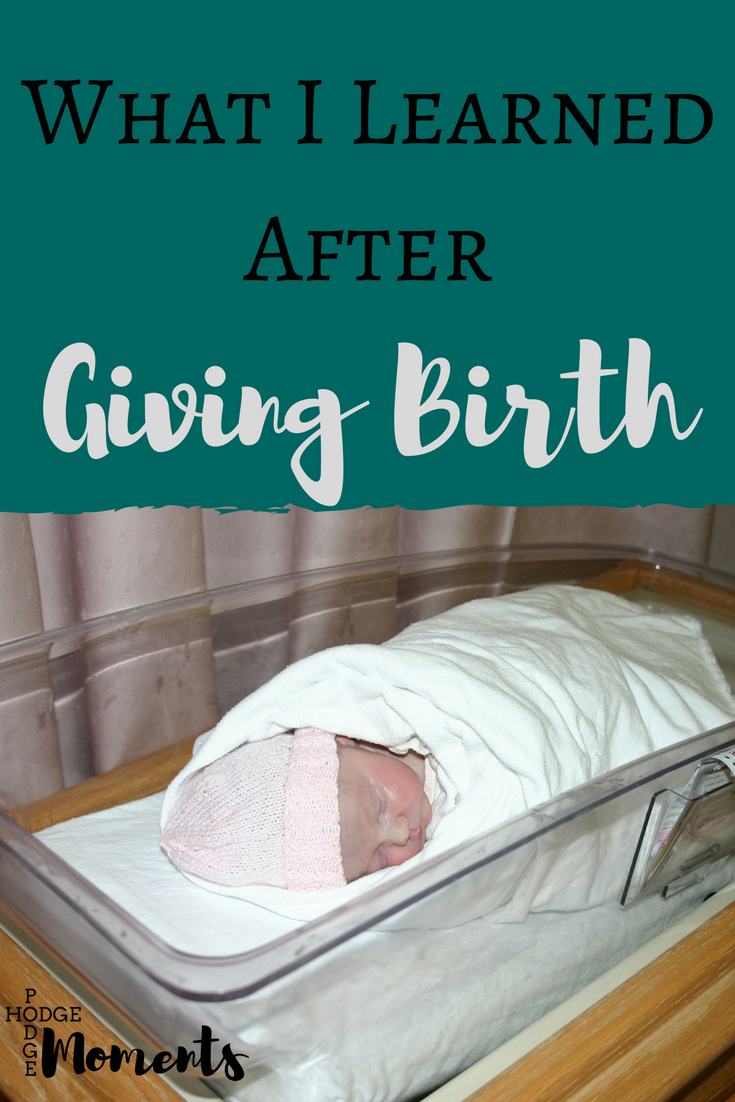