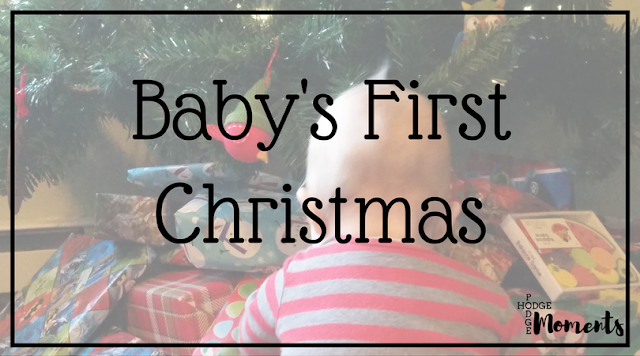 It’s been a little while since I shared pictures or an update of Baby Fox on the blog (I share things all the time on Instagram). We have all sorts of milestones happening left and right, so I felt like it was time to share an update – specifically a recap of our first Christmas together.

I’m going to go ahead and full warn you that this post is going to be heavy on the pictures. It’s the easiest way to share all of the highlights from the holidays. I’ll be mixing in milestones with the descriptions for the pictures. Baby Fox has learned SO many things this past month.
Before the Big Day
We started out the holiday season with a photo shoot for our cards. Normally, I just pull something together at the last minute, but this year I wanted to go the extra mile. We have a little elf that comes out every year named Willfare. The husband and I have had fun moving him for each other the past couple of years. One day, we were joking at the breakfast table that we should dress Baby Fox up like an elf for our Christmas cards. That same day, we found the perfect outfit while we were out at yard sales. It even matched our elf perfectly!
﻿ Our next holiday event occurred while we were visiting family in Charleston for Thanksgiving. We met up with friends and family for the Tinsel Trot, a fun run that’s held to kick off the lights in a local park. Baby Fox cried through a large part of it because the music was loud and it was during his normal bedtime. His cousins seemed to have a good time though. 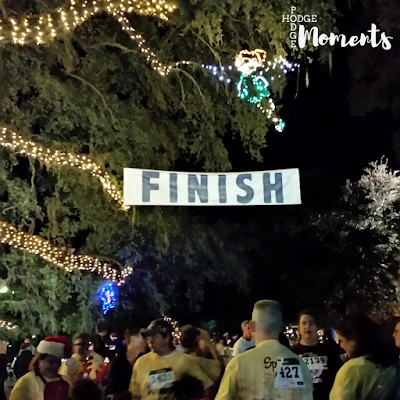 One of my favorite things about Christmas is all of the sparkly decorations. Normally, I decorate the weekend after Thanksgiving. We were out of town this year, so our decorating was pushed to the first weekend in December. We did most of the decorating while Baby Fox was in nap, but we did save a few ornaments for him. He enjoyed putting them on the tree and overall did a good job of not messing with the tree during the holiday season. 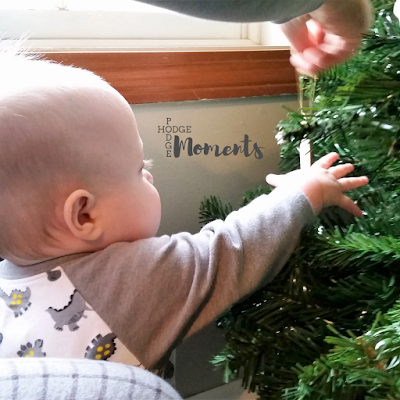 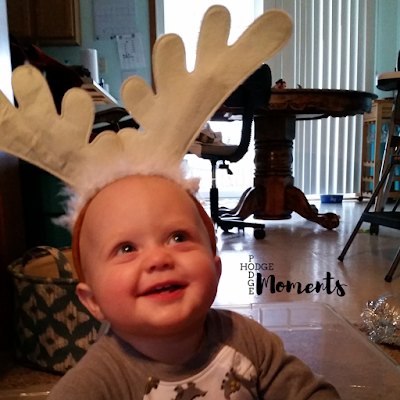 Every other Friday, we go to our MOPS (Mothers of Preschoolers) meetings. While I’m getting in some socializing time, Baby Fox is in the nursery doing a little socializing of his own. The women who watch him are super sweet so we made them up small tokens of our appreciation. I love these Santa bags and glittery ornaments that I found! 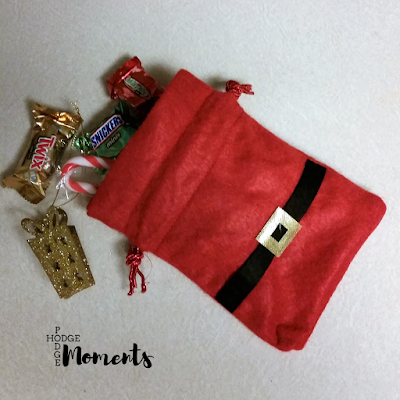 One of the local towns holds a Cranberry Festival during the first weekend of December. I’d heard so many great things about it that I put it on our list to check out. The festival didn’t disappoint and we had a great time. They even had a Santa AND Mrs. Claus at the library for kids to visit. They didn’t charge for pictures and even asked to take a picture of Baby Fox for the local newspaper. So, I got my picture after all and Baby Fox got his fifteen minutes of fame and a candy cane. 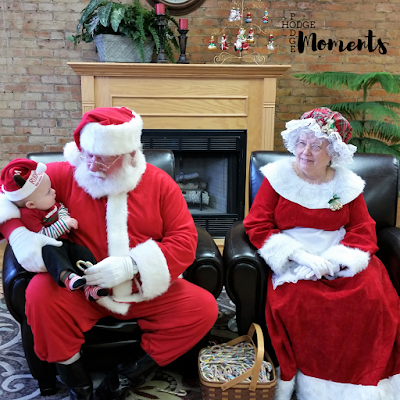 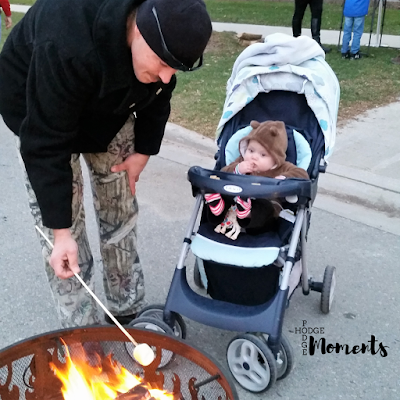 One of the nice things about living in the north is the possibility of a white Christmas. About a week and a half before Christmas, we got nearly eight inches and I was delighted. We bundled Baby Fox up really tight and took him out for his first time on a sled. He loved every minute of it except the being bundled up part. 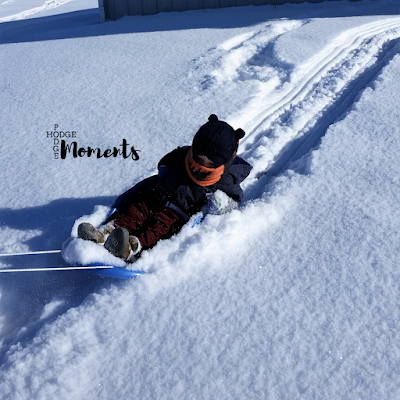 We spent a lot of time relaxing and playing during the holiday season. Just like I did for Halloween, I made up a basket with special toys and books for the holiday. He has really enjoyed playing with the holiday specific toys. 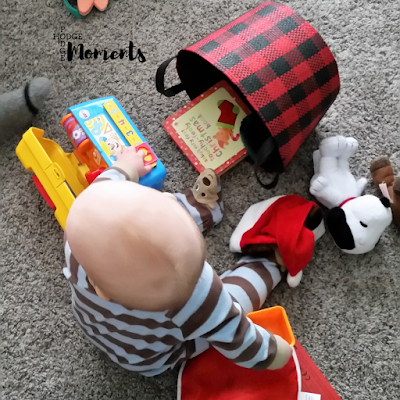 One of the other local attractions that made it on our list was Wild Lights at the Detroit Zoo. We purchased a membership to the zoo back in May and that’s where we first heard about the light show. It immediately made our list of things to check out. It was an additional cost, but it definitely didn’t disappoint. This was another night of super bundled baby as we took in all of the pretty lights strung around the zoo. 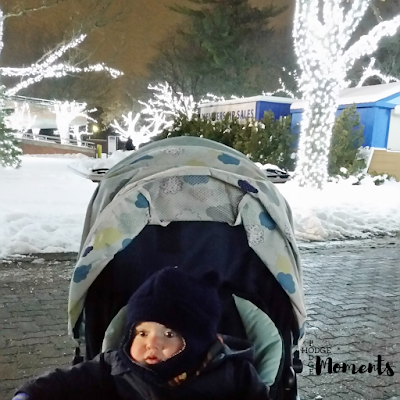 Christmas Cookie Day is a tradition that my husband grew up with during the holidays. When I asked him what traditions he would like to start with Baby Fox, this one made the list. Since we don’t have any family nearby, we invited some friends over and spent an afternoon decorating cookies with the kids. Baby Fox was more interested in eating the cookie than decorating it. In the end, half of his cookie ended up on the floor. 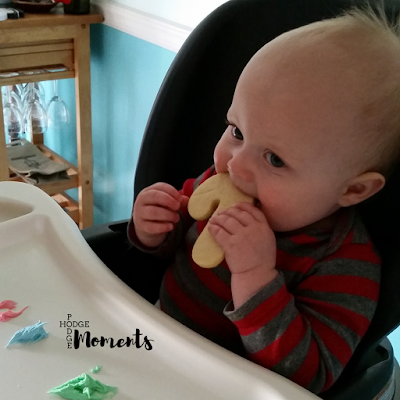 One of the traditions that I wanted to start with Baby Fox is a Christmas craft day. This year, our crafts happened on Christmas Eve. We made hand print ornaments and did footprints for a project that I still need to finish. The ornaments didn’t turn out as cute as expected but they’ll be fun to keep around for years anyways. Keep an eye on Instagram for the finished footprint craft! 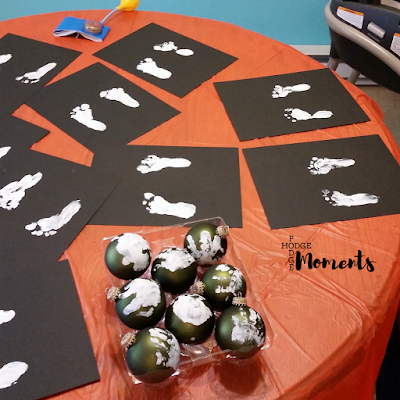 We spent the rest of Christmas Eve focused on other traditions. We watched Polar Express during dinner, which is a tradition we started before Baby Fox came along. We don’t normally eat in front of a movie, so this was a special treat for everyone. Then, we followed it up with The Night Before Christmas. I found an Olaf version that came with a CD and thought it would be fun for this year. 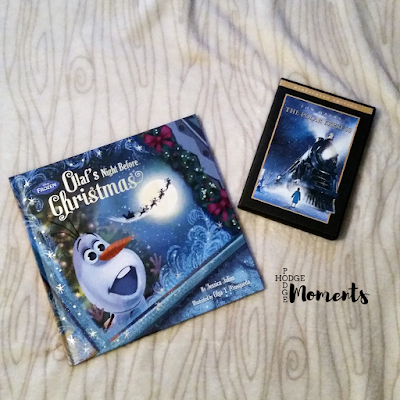 Then, we all opened one gift before putting Baby Fox to bed. When he handed him his gift, he dove right in on trying to figure it out. Doesn’t everyone open things with their mouth? 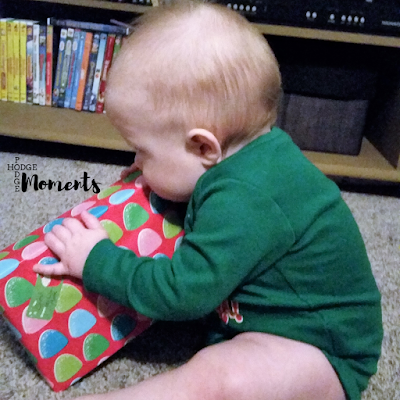 The husband and I finished wrapping and putting together gifts after Baby Fox was in bed. We both commented on how different the tree looked with actual toys under it. In fact, the whole holiday seemed more magical with a little one in the house. 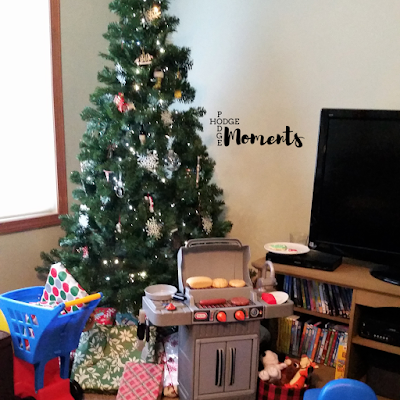 When we passed out gifts on Christmas morning, Baby Fox started opening one before we were even finished. This time, he kept the paper (mostly) out of his mouth. He only made it through a handful of gifts before he got bored with the task of unwrapping things. He did enjoy seeing what was inside the different boxes though. 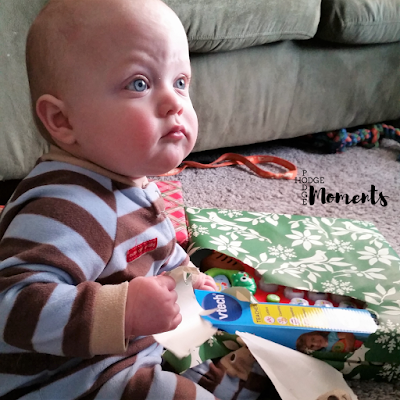 After unwrapping gifts, we had Christmas breakfast and then spent the rest of the day playing with new toys. Several of the new toys quickly became favorites and he had a smile on his face for most of the day. We ended with Christmas dinner and smiles on our faces. 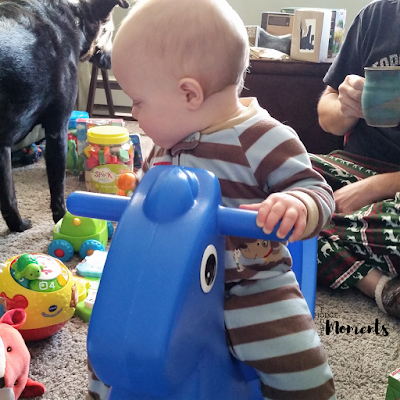 All in all, we had a really good holiday. It was definitely a different experience with a little one in the house. I can’t wait for next year when he’s a bit older and will understand more of what’s going on!

How did you spend the holiday? I’d love to hear about it in the comments below! 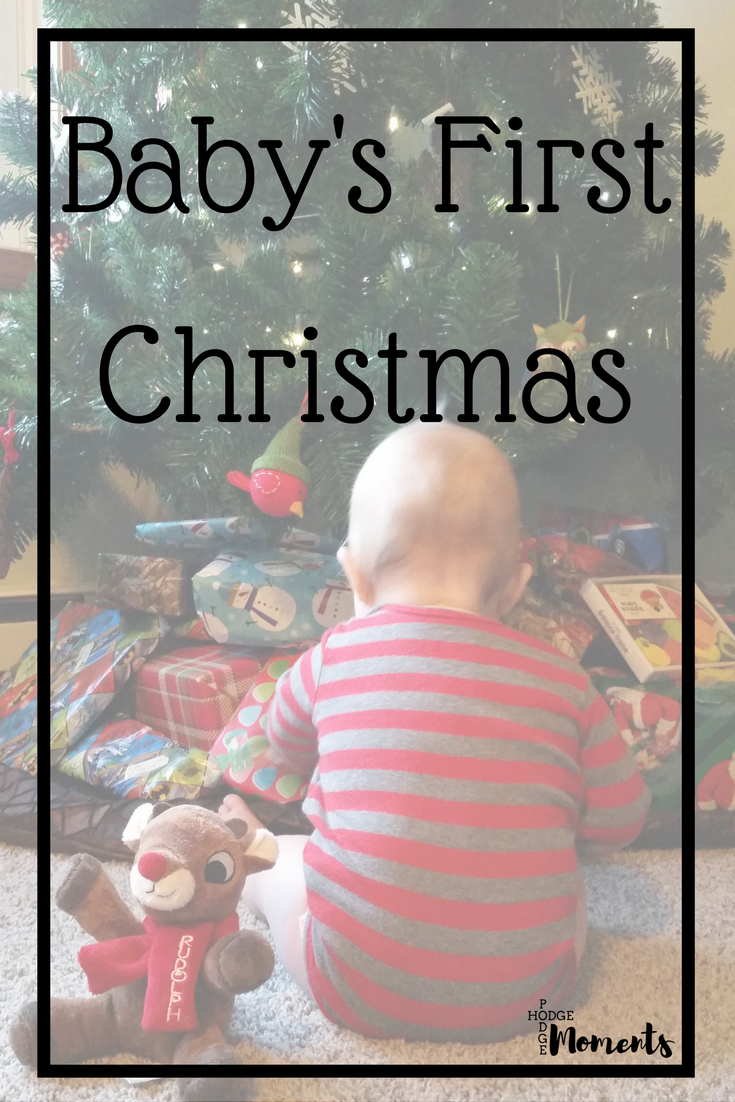