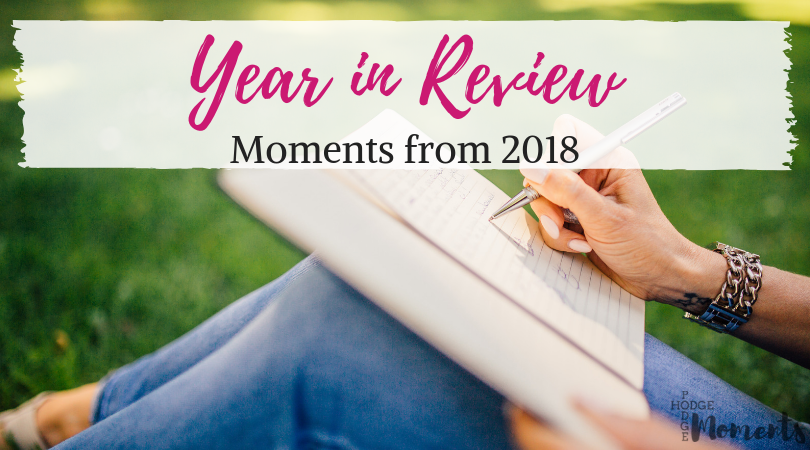 You see, life has this funny way of turning your plans upside down. When I made my goals at the beginning of 2018, I had no idea that we would have two littles under the age of two by the end of the year. We were leaving things up to fate at that point and truly thought it would take a while. Apparently we were wrong.

This pregnancy was a lot different from my first. I found myself with very little energy or focus most days. When I did manage to find energy and focus, I directed it all towards my one year old. Mothering a toddler while pregnant is no joke.

2018 might have gone off path, but that doesn’t mean it was a bad year. There were lots of good moments and lasting memories formed during the year. Overall, 2018 was a good year as long as you ignore the downward spiral of December.

With that being said, let’s take a look at some of the highlights from 2018.

January:
Baby Fox learned to walk in December of 2017, so we spent January exploring and having fun together. Bestie R from California also came to visit and we had a lot of fun showing her around in the snow!

February:
Baby Fox turned one and my parents came to visit for the celebration. We took him to the aquarium for the first time and had a small family celebration for his cake smash. This month, Baby Fox experienced another first when he made a trip to the ER for spitting up blood after a piece of chicken came back up. ER visits as a parent are far from fun.

March:
This month was a big one. It’s the month when I found out I was pregnant. It came as a bit of a surprise but we still had fun telling friends and family. We also made a trip to Charleston, which turned out to be perfect timing given the news we had to share.

April:
I don’t have any big memories from April. I did go back through my pictures on Instagram though and found a cute one where Baby Fox snuck books into his crib.

May:
I chose to wait until second semester to publicly announce our second pregnancy. This lined up perfectly with Mother’s Day and I came up with a cute announcement just for the occasion.

June:
June was a big month for my blog as it marked five years of blogging continuously. I’ve had my ups and downs in there, but overall the blog has been around since June 2013. June was also the month we found out that our second baby was a boy. This came as quite the surprise since we both were predicting girl.

July:
Bestie R came to visit again and we had a lot of fun while she was here. We took Baby Fox to see his first fireworks show and to the beach for the first time during her visit. After she left, we did our gender reveal on Instagram.

August:
I couldn’t come up with a big highlight for August. It’s as though we muddled through the heat and didn’t share many of our adventures. I’m sure we did something fun as a family – I’m just not sure what that might be.

September:
My in-laws came to visit and we had a lot of fun during their trip. We also switched the nursery around so that it would be ready for two under two. We also celebrated four years of marriage by doing absolutely nothing.

October:
October is birthday month around here as we both celebrate birthdays. It was also our last month as a family of three. I spent the last part of it wondering if Baby Owl was going to come early. One of the big highlights is from the end of the month when we took Baby Fox out trunk or treating. He was absolutely adorable and everyone loved him.

November:
I could say a lot about November, but I’m going to keep it short and simple instead. We became a family of four on November 6.

December:
I don’t have the right words to describe how our year ended. December is normally my favorite time of year because of the holidays but this year was a bit different. We took a surprise trip to see family after my husband’s grandma was diagnosed with cancer. This was followed by her passing away a week later. The news hadn’t even sunk in when we found ourselves in the hospital with our six week old and RSV. I’ll be writing an entire post about our RSV experience, but let’s just say that we’re all glad December is over.

Well, that’s the highlights from 2018. The year is over and it’s time to look forward to a new one. I’ll be back next week with my word of the year and the goals I’ve set for 2019.

How was your year? Were there any major events that happened during 2018 for you? 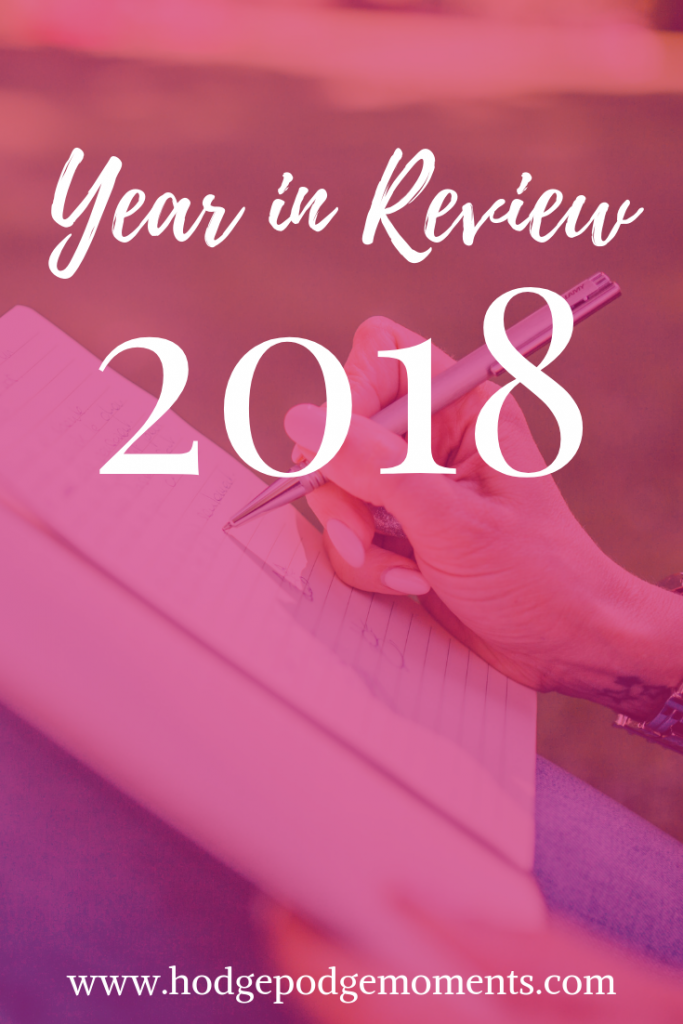