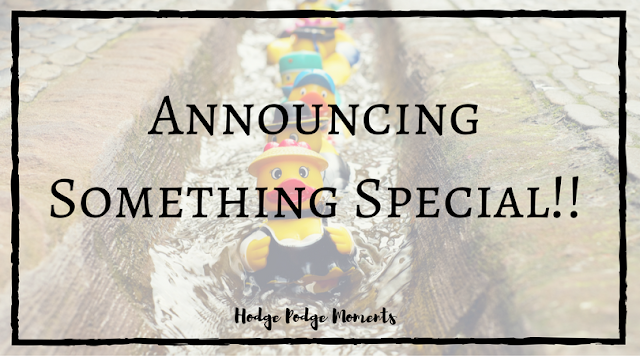 As a little girl, I had many dreams of what my future would look like. I wanted to become a teacher. I wanted to get married. I wanted to own a dog of my own. I wanted to start a family. I wanted to travel near and far. The list could go on and on. Over time, my life has slowly been turning out the way I always imagined (and in many ways totally different than I imagined). It may not have happened on the timeline I made up in my mind, but I’ve certainly been working towards those dreams with each and every day. Today, I want to share some BIG NEWS that I’ve been keeping secret. It’s news that takes me one step closer towards those dreams I mentioned.

I’m not going to leave you wondering for long with this post. The announcement is going to be first and then the back story will come after it.
One trip off the past to mention that we recently closed on our house and adopted a new dog! If you’ve been following me on Instagram, you already know this. If not, then you’re now up to date on some of the recent big events! I’m going to send you over to this post for the house tour that we shared on The Coastie Couple blog. I’m sending you over there so that we can get back to the big secret I’ve been keeping all summer. It’s been a hard secret to keep but somehow I managed to pull it off.
Without further ado, I’d like to announce… 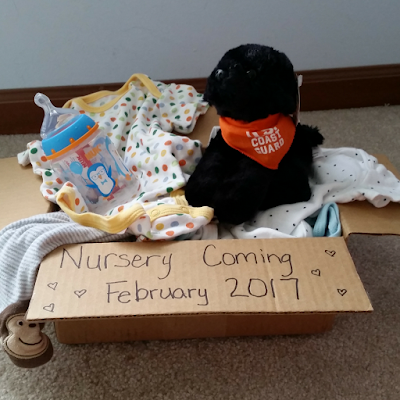 ﻿
﻿
We’re expecting our first child in February of 2017!!
Now that we have the news out of the way, I’ll give you some back story to it.
We found out we were pregnant at the beginning of June. As you would expect, I peed on a stick and it came back with a positive result. (I’ll spare you the picture of the test I peed on. No one wants to see that.) We started sharing with family and close friends in as many creative ways as we could come up with. (Then there were those along the way that guessed because I passed up wine.)
Panic started to set in a bit when I realized the timeline of our move versus the timeline of the pregnancy. Essentially, the move interfered with the typical “first appointment.” I did get in to see my PCM and an OB in California before we moved. However, since I was only a seven weeks along as the time, they simply did a vaginal ultrasound to confirm the pregnancy. 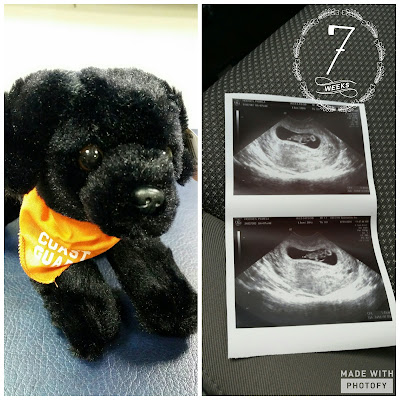 After that, it was time to hustle as we prepared for moving and went through a whirlwind of a to do list. Luckily I managed to escape the ugly beast known as morning sickness but I did have my fair share of excessive tiredness, aches, and the occasional queasy feeling. Let’s just say travelling across the country at 8 weeks pregnant is no fun! 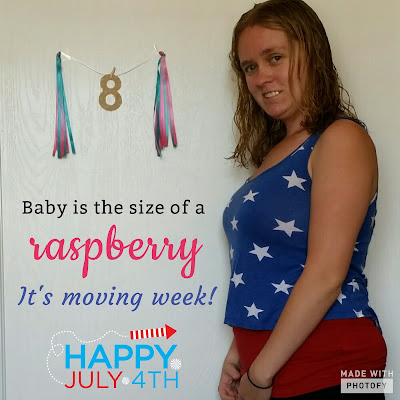 Once we arrived in Michigan, we started the house hunt and found our house. After starting the process, we headed to Arkansas to visit the husband’s family. (We hadn’t seen them in two years.) Good thing we had already shared the news or I’m sure there would have been some guessing going on! Travelling on the road at 9/10 weeks pregnant isn’t fun either – especially when you’re prone to motion sickness and can’t take any of your normal meds. 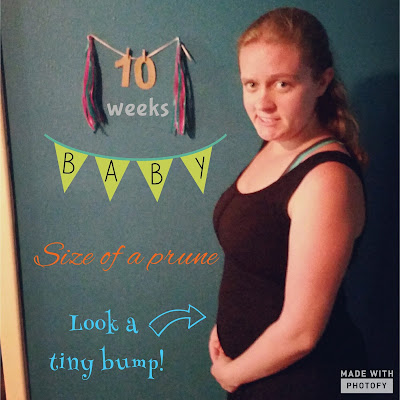 Josh’s grandma was the first to point out that I was starting to show. 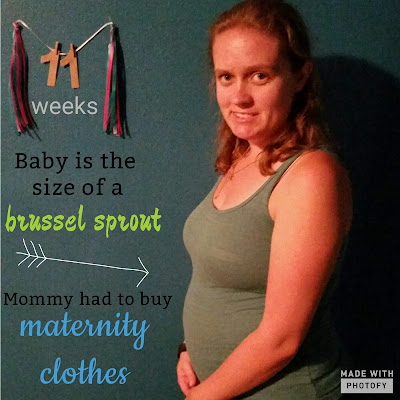 I’m grateful I was able to travel so much without too many discomforts.
After a couple of weeks in Arkansas, we headed back to Michigan so that Josh could start at his new station. Unfortunately, we still hadn’t closed on our house so we ended up renting a room from a stranger. Paying for a month in a hotel would have cost us a fortune and we wanted to be able to put that money towards our new house instead. Ever slept on an air mattress for a month? While pregnant? I don’t recommend it! 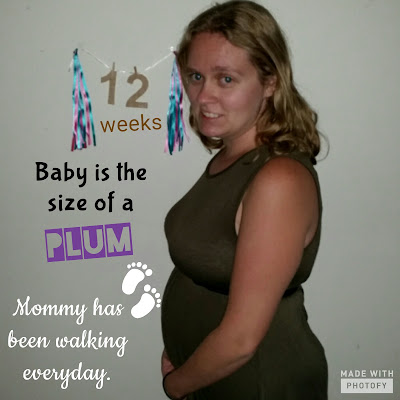 We spent a lot of our time out walking because Josh was chasing Pokémon and I’m trying to stay active during pregnancy. I logged some impressive steps on my Fitbit in there! 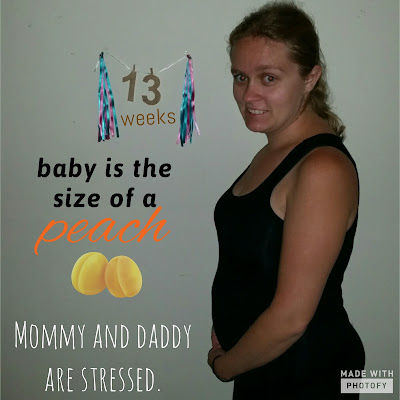 Things with the house kept getting moved around and I had a hard time getting in to see an OB here so we started to get very stressed around week 13.

We encountered a lot of obstacles when it came to getting a first appointment scheduled for me. I had to go through my PCM to get a referral to an OB. This meant getting established with a PCM before I could do anything for the baby. I started this process while we were in Arkansas and was seen right after we returned to Michigan. The referral process went relatively quick and smoothly. However, when I called to schedule an appointment with the OB, they couldn’t give me an appointment until the next month. This means I wasn’t seen until 17 weeks for the first time. Believe me, there was some stress involved until I decided that my body is built for this and we’re going to be fine. 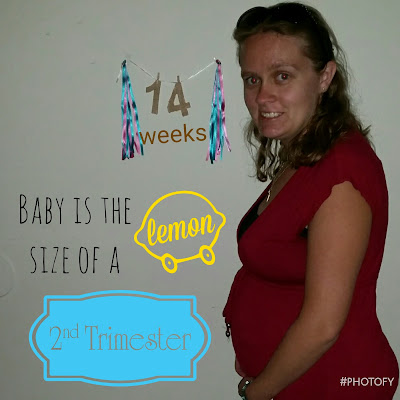 Week 14 continued to bring more stress but we were slowly learning how to deal with it all. This was our first move as a married couple and our first time buying a house instead of renting. Let’s just say there were obstacles we didn’t expect. 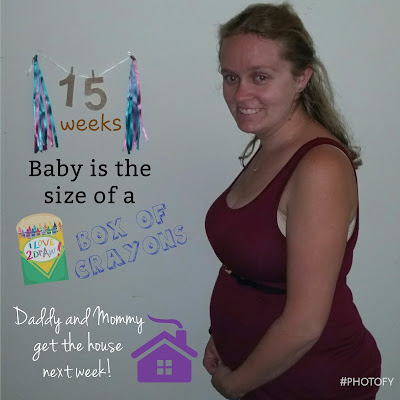 Things finally started to calm down around week 15 when we started to see an end in sight for our air mattress days.
Around week 15, we got a final date for our closing and we decided that we were ready to adopt a dog. At this point, things started moving forward incredibly fast and they still haven’t really slowed down. (Mr. Gibbs, our dog, has checked on me several times today while I’ve been blogging. This computer thing is all new to him.) 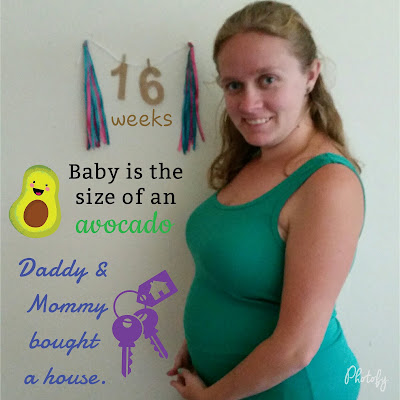 I can’t even describe how happy we were to get the keys to the house. We also brought our dog home the very next day! 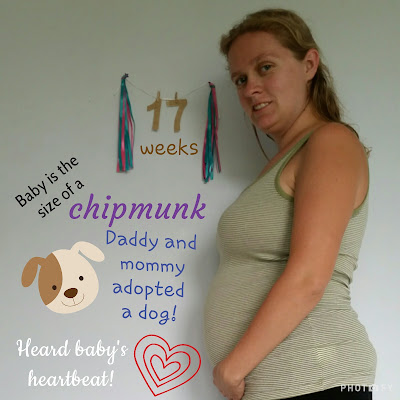 This photo is from today. It’s amazing what the female body can do. I’ve only gained 3 pounds but it certainly looks like a lot more!
We finally got to see the doctor for the first time today at 17 weeks along. This is the primary reason that I waited to share the news outside of friends and family. (Yes, they’ve been in the loop since June – I’ve been sending these weekly photos to them. From here on out, I’ll be sharing the weekly photos on Instagram as well!) I wanted to make it through the stressful part of the move and get in to see a doctor before I announced. I thought all of that would happen around 13 weeks (also the end of the first trimester). However, life rarely goes according to plan so I’m announcing a bit later than I originally thought I would. Check back every Friday for an update! 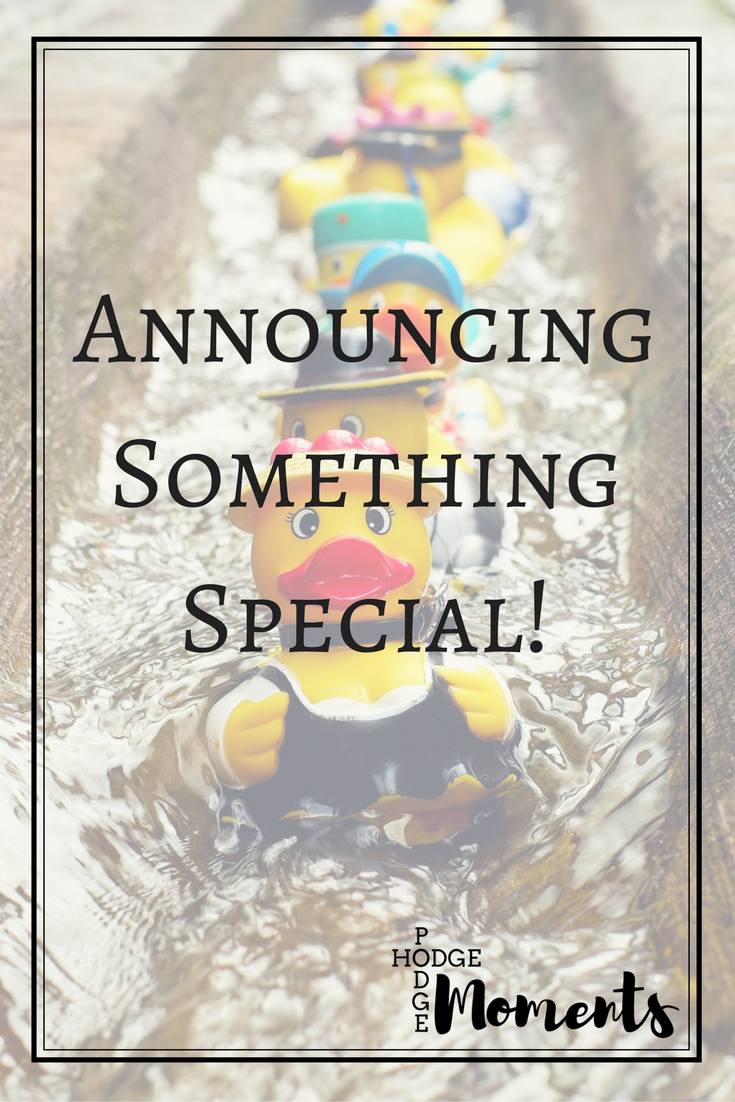