How We Celebrate Our Anniversary Without Gifts 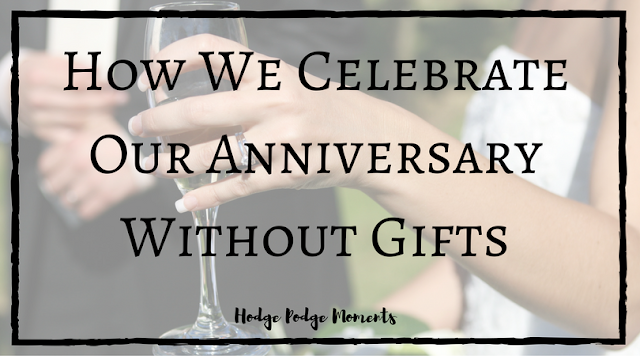 I’ve been married for two years. Just saying that seems slightly surreal. Some days, it feels like we’ve been married longer. Other days, I can’t believe we’re actually married. Since today marks our official two years of marriage, I thought I’d take a little time to share how we celebrate – especially since it doesn’t follow suit with the typical traditions.

Last year, the husband was deployed when our first anniversary rolled around. At first, this had me quite upset. Then, I realized that deployments were a part of life for us and you can’t always control life. I thought about sending him a gift on the boat, but that didn’t feel quite right – especially since I had never mailed anything to him on the boat after hearing plenty of horror stories. So, we stuck with a phone call and decided to worry about our anniversary after he returned (so, 3 months later).

I thought for a long time and decided I didn’t want to do gifts. Gifts are just stuff and stuff eventually becomes clutter or unwanted items. Instead, I wanted moments that I could remember. After all, I would rather collect moments and memories than gizmos and gadgets. (Yes, that’s a Little Mermaid reference.) It was then that I decided to focus on experiences for our anniversaries rather than gifts. Gifts had never been a huge part of our relationship anyways so why should that change now?

Click to Tweet: I would rather collect moments and memories than gizmos and gadgets. via @hodgepodgepam http://bit.ly/2cgoKyi

We celebrated our first anniversary with a trip to Calistoga, CA. There were wineries, good food, and a stay at the spa involved. It was the perfect way to celebrate and relax between deployments. The memories and moments collected from that trip are numerous and we have gotten many laughs from them.

This year is even more different. The husband is home AND actually off for our anniversary. A week ago, he joked “I didn’t get you anything” and I simply looked at him and pointed to our house with a smile. I told him “You got me a house and I got you a house.” Then I told him that all I really wanted was a trip to Olive Garden and some time together. Again, it’s about the moments and the memories – not about the stuff. Olive Garden is where we had our first date, so it seems like the appropriate place to celebrate an anniversary together. (Plus, I just really love their breadsticks.)

Happy two year anniversary to us!

I’m always curious – how do you celebrate your anniversary? Do you have a tradition or is it different every year? 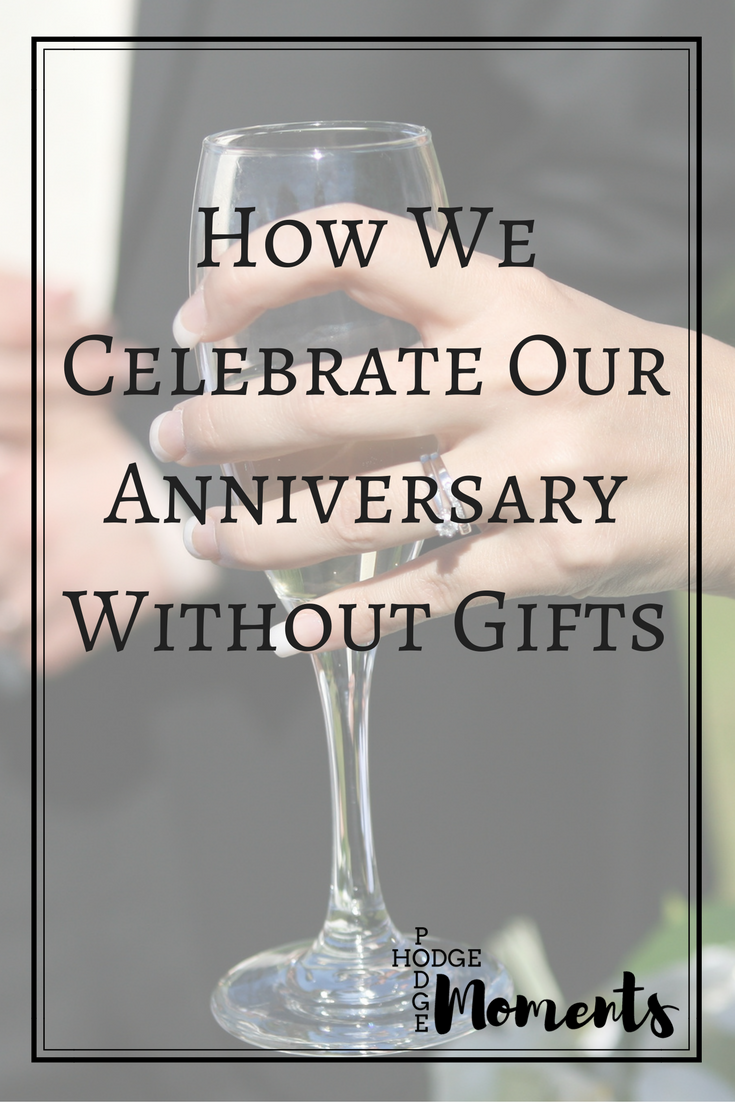