Moments that Matter: The Moment that Changed Everything It’s the first Monday in 2017, which means it’s a special day because I’m a launching a series of guest posts that I’ve been working hard on lately. I’ve networked and connected with lots of strong, independent women to bring you their stories in hopes of inspiring you to do great things. Every Monday this year, I’ll be sharing the story of one woman and the moment (or moments) that changed her life. Today, I’m starting with my story.

It was a summer day, most likely hot, when I encountered the moment that would change my life forever. It’s a moment that’s going to sound a bit cheesy when I first describe it but it truly is the turning moment in my life – the one that led me on the path to so many other moments that matter.

It was a Friday night and I had recently been dumped (yes, this story starts with a guy but it’s about so much more). I was supposed to be meeting friends for a girls night out of dancing and enjoyment. When I showed up at the local pub where we were meeting, my friend informed me that the agenda had changed and we were no longer going dancing. To say I was bummed is an understatement. My goal for the night was to get lost in dancing – not to sit at a table, sipping a drink and making small talk.

I embraced the change (as I often do) and found myself sitting at a table in a crowded establishment making small talk when a guy came over and asked if the space across from us was taken. We said no and he joined us. Conversation quickly shifted as my friend and him started to converse. The evening seemed never ending at that point.

Then, something shifted and I suddenly found myself making small talk with this stranger who was the opposite of everything I looked for in a guy. We settled into one conversation after another and the night ended before I knew it. Numbers were exchanged and almost five years later, that number is one of the most important in my phone – because it belongs to my husband.

I debated between several moments to share and hesitated to share this one because it involved a love story. I finally settled on it though because it’s more than a love story. This moment is the one that changed me as a person and opened me to new experiences.

Here’s just a few ways that this one moment etched in time changed my life:
– It opened me up to being myself in a relationship.
– It led me to California, marriage, and two years of constant deployments.
– It set me on the path to starting this blog.
– It made me realize that embracing the unexpected is a great thing.
– It taught me to enjoy life and the many twists and turns it brings.
– It allowed me to discover who I was as an individual. (When I moved to California, I left behind everything I was familiar with to live many months completely by myself.)
– It has led me to motherhood (February!), which I’m sure is going to lead me to many more great things.

While I could have chosen a vast array of moments in my life, this was the one that stood out the most to me. It’s the one that can be described as the fork in my path – the one that led to some of the toughest decisions I’ll ever make. Oh and there’s the bit that it was the start to my happy ending.

Do you have a moment that changed your life? Did meeting your significant other set you on any paths of discovery? 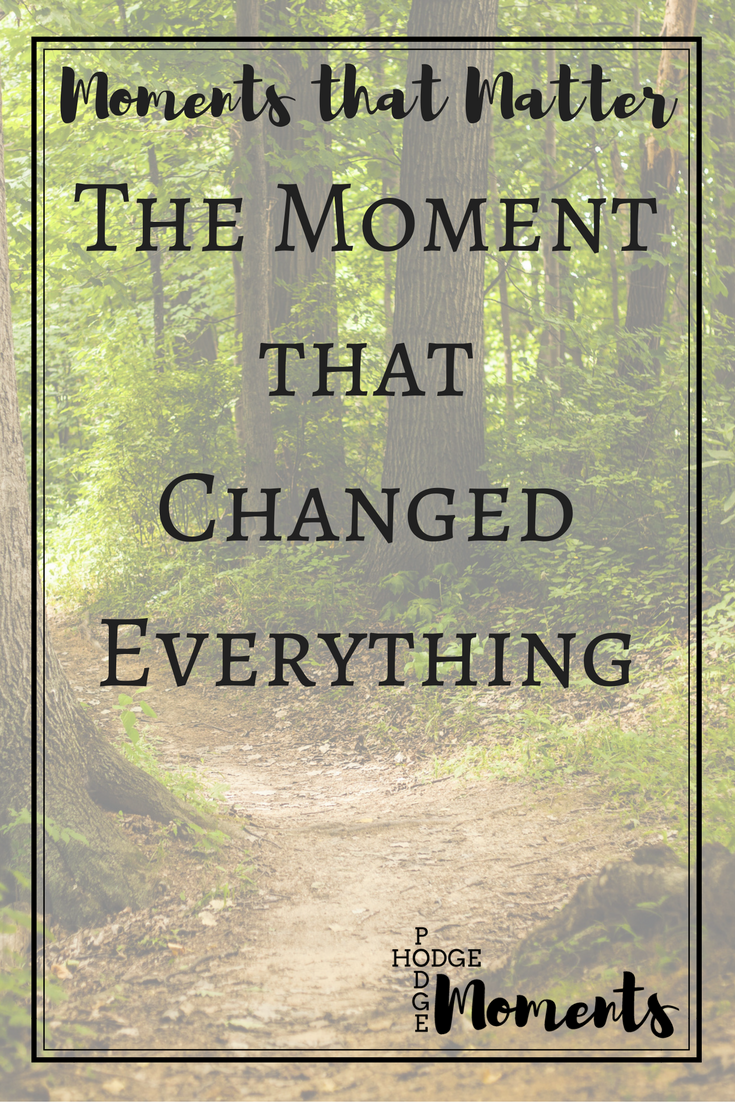