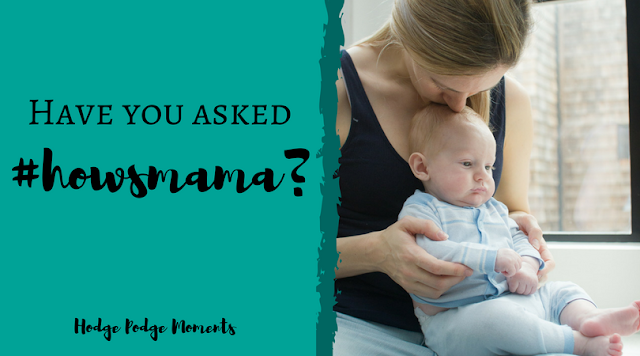 Every now and then, I come across something that just really speaks to me. That’s what happened when I came across the How’s Mama Photo Shoot in a Michigan bloggers group. The message behind this photo shoot spoke to me and I felt a need to share it with others. It also made me realize that I still hadn’t shared some of my early mom moments with you. So, I’m opening up quite a bit today and sharing some personal moments with you.

For nine months, all I heard was “How are you doing?” from everyone that I encountered. It’s as though being pregnant made me fragile and everyone was concerned about my well-being. Then, I gave birth to our baby boy and experienced things I never imagined. All through pregnancy, I felt strong and ready for our family to grow. After giving birth, I felt broken and lost. It took me the full six weeks and then some to feel fully recovered. During this time, people’s interests shifted from my wellbeing to how the baby was doing.

I was lucky to still have a few close friends and family that checked in on me and my well being but not everyone is that lucky. Many women deal with the hormonal changes, sleep deprivation, and more without a strong support system. And in many cases, women even deal with post partum depression without any support.

I’ve seen a lot about postpartum depression since becoming a mom. The term is tossed around a lot but the support still just isn’t there. Take the hospital for example. I had to fill out a survey about my emotions on the day Baby Fox was born. They were supposed to follow this up with another survey later to compare and keep an eye on my well-being. I never saw a follow up survey. Maybe it got lost in the mail or was overlooked by someone along the way, but the bottom line is that the support wasn’t there unless I went looking for it.

There were many times in the first few months that I wondered about my own well-being. I didn’t feel like myself and being a mom wasn’t all that I had hoped it would be. I never could pinpoint if hormones, sleep deprivation, or something else was to blame for these feelings though. They would come and go and they weren’t consistent enough for me to pursue them. I had too many other things on my plate – like keeping a tiny human alive.

Like I said, I never pursued looking into any of my feelings because I felt overwhelmed and lacking in time. I’m doing great now and loving every second of motherhood. (Okay, I could do without the dirty diapers and midnight wake up calls…) My experience in the beginning though makes me wonder about women who are actually struggling with portpartum depression. Who checks in on them? Who makes sure that they get the support they need when they probably feel too overwhelmed to pursue it themselves?

I recently stumbled upon a campaign started by a local blogger that I felt called to support and share. Lauren of Also Known as Mama has started the #howsmama campaign. This campaign highlights five questions that you should ask the new moms in your life. You can check out the campaign here and show your support for it on social media with the hashtag #howsmama. This campaign is focused on bringing awareness to postpartum depression and helping new moms get the help they need. I do hope that you’ll pop over, download the #howsmama sign, and spread the word on social media. It’s the perfect way to get the conversation going about postpartum depression.

If you’re in Michigan, I recommend checking out the photo shoot that’s being held on Sunday for the #howsmama campaign.

Will you be asking #howsmama? I’d love to hear about your experiences in the comments below! 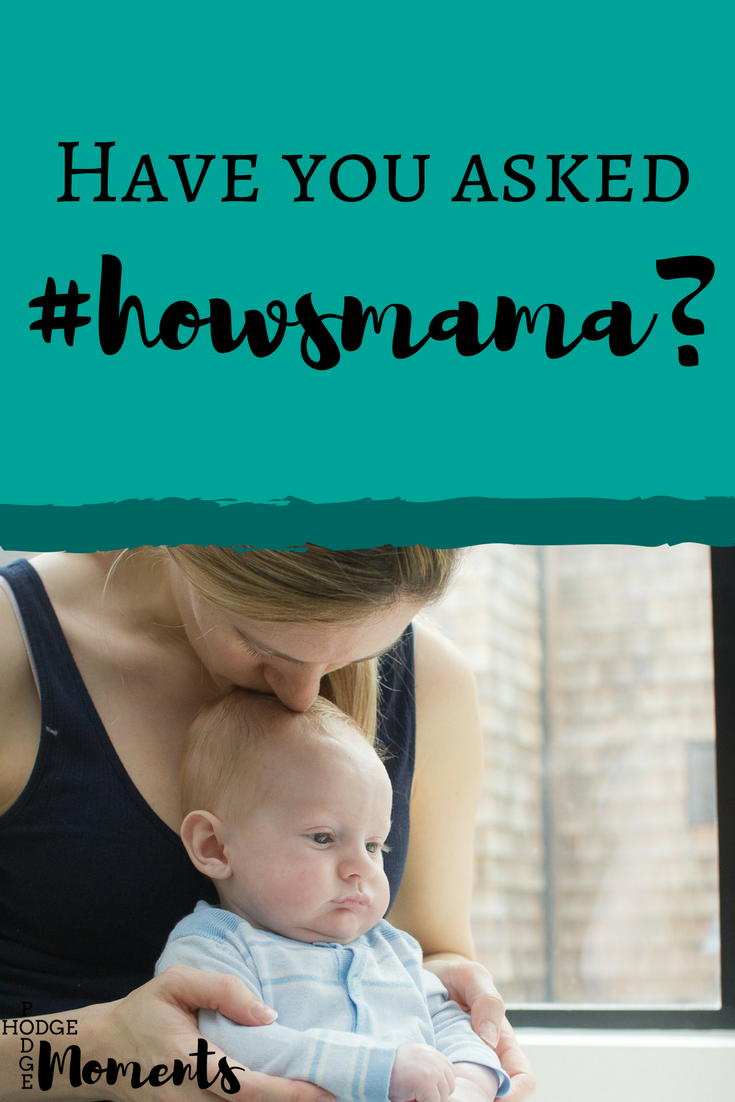