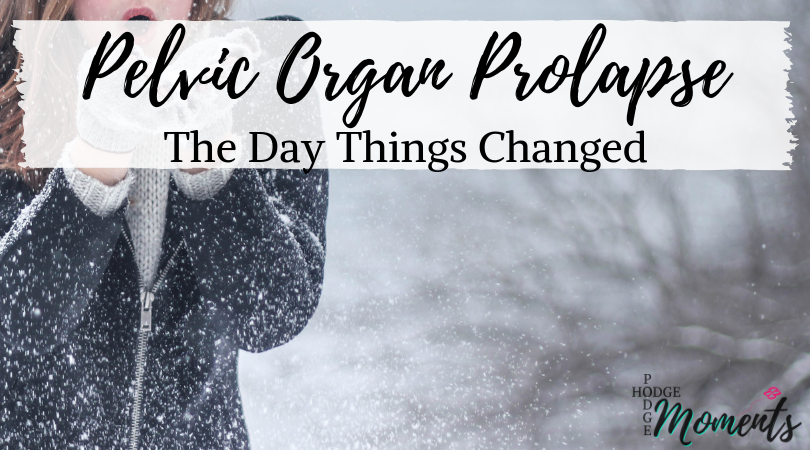 Below you’ll find part one of my story of pelvic organ prolapse. I’m doing my best to recall all of the details that I can remember.

There are two big acronyms you need to know when reading this post. RSV is a respiratory virus that can be quite dangerous for small kids. POP is pelvic organ prolapse, which I discussed in more detail yesterday.

For some women, they know exactly when their prolapse occurred and can tell you. For others, it’s a bit more subtle and they can’t tell you the exact moment that it happened. And then there are the women that live with prolapse for years without even knowing it because they don’t experience any symptoms. POP truly is a complicated matter and affects every woman in a different way.

It was December and the weather was frigid – which is a step below cold. It was the kind of weather you don’t want to be in for long. It was almost Christmas and everyone was suddenly sick. My husband was the first to catch it and the boys followed shortly after.

My husband came down sick after an emergency trip to visit his family. His grandmother had gotten bad news regarding her cancer and we knew we needed to be there. So, we loaded up the toddler and newborn and did the best we could. It was a stressful trip for so many different reasons.

We returned home and my husband soon found himself sick. In fact, he was feeling quite bad the day I had my six week postpartum check up. I didn’t realize how bad until later when I was battling the same thing.

He went back to work and I woke up to two sick kids a day later. It’s the same day that we found out his grandmother had passed away. It was a Friday and I debated making an appointment since the baby was just six weeks old and we had a weekend approaching. I decided against it because his main symptom was slight congestion. I knew we would probably be told to monitor him.

I monitored and cared for both kids on Friday and Saturday. There were a lot of snuggles and steamy bathrooms. There was very little sleep for mama but my babies needed me. When Daddy came home on Sunday, he was doing better. The worst of it had it him at work over the weekend. He jumped right in and helped with the kids.

That was a night I’ll never forget. We both noticed that the baby’s breathing was a bit off during his bath and he wasn’t wanting to nurse. On top of that, our toddler was having trouble going to sleep. I went in to comfort him while Daddy snuggled the baby.

When I came back out, my husband told me that he was taking the baby to the ER. He didn’t like the way he sounded. He told me to get some rest since he knew I’d had very little. I took a shower, straightened a little, and comforted the toddler back to sleep before I got the call from my husband.

Our baby had RSV and they wanted to keep him for observation. My husband went on to explain what RSV is but I already knew – I had read the warning stories going around. We agreed that my husband would stay for the night and I’d come up in the morning. He thought he’d have enough milk.

Around one in the morning, my husband called saying I needed to come switch with him. The baby had decided to drink and depleted the small stash my husband had with him. Formula wasn’t an option since we had recently gone dairy free for sensitivities.

I loaded up our toddler and headed to the hospital. The hospital is forty minutes away and we don’t have anyone close by that could have watched our toddler. It’s just Mama and Daddy for him. When we got to the hospital, I got him out and let him walk beside me, knowing that I should still be limiting my lifting. The door wasn’t far away.

Except that door was locked because it was after hours. The only entrance open was the ER, which was a bit of a walk. I didn’t think twice before scooping up my toddler and briskly walking to the other entrance. I remember thinking “that wasn’t a good idea” as I felt a difference in my vagina but I pushed the thought aside. I figured I could deal with that later.

To be continued tomorrow… 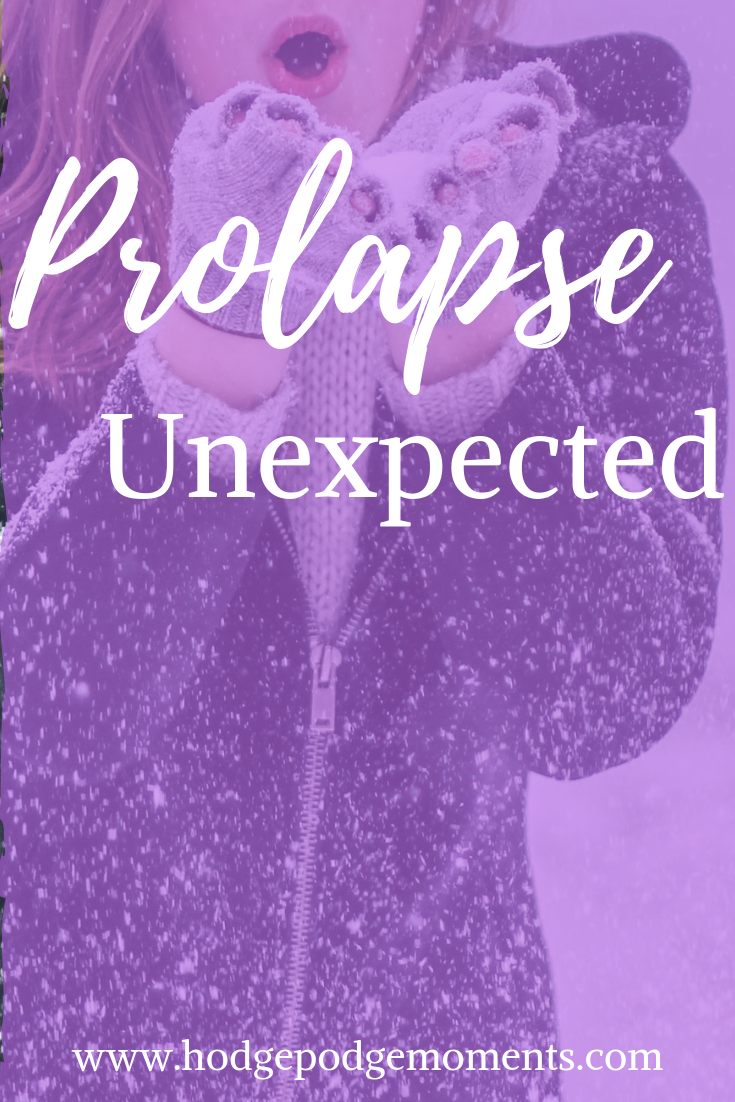